‘You Murdered My Daughter’: Relatives of OxyContin Victims Confront the Sacklers 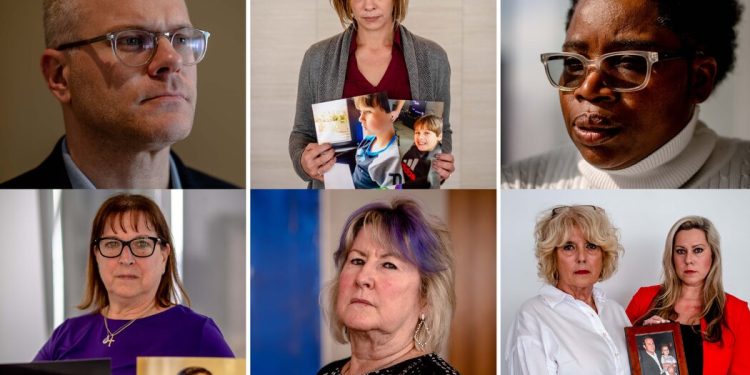 While state and local governments will allocate billions from the Sacklers and Purdue for treatment and prevention programs, if the current draft — or approach — of the Purdue bankruptcy and settlement plan is passed, individual victims will get much less. They can request compensation from a fund of up to $750 million and could collect amounts ranging from $3,500 to $48,000.

Parents and guardians of about 6,550 children with a history of neonatal abstinence syndrome can each receive about $7,000. Many have to prove that OxyContin was directly involved – a high bar, given the passage of time and the difficulty of finding records.

The hearing with the Sacklers stemmed from the latest round of negotiations between the Sacklers, eight states and Washington, DC, who, in addition to New Hampshire, voted against the latest bankruptcy plan for Purdue Pharma. The latest terms include an increased contribution from the Sacklers to $6 billion. While significant hurdles loomed to the deal, one condition, asked by a judge brokering the talks, was what happened Thursday: People deeply affected by the opioid epidemic finally had their day in court.

One of the last to give a statement was Vicki Bishop, who spoke about her firstborn child, Brian, a construction worker who had been prescribed OxyContin after a work accident.

She concluded with a request: “That tonight when you, Richard, David and Theresa, lay your head on your pillows and close your eyes to sleep, you see my son Brian, and you visualize his opioid-addicted life that led him at 45- age at a cold steel table in the coroner’s office in Baltimore County, blue, alone and dead from a fatal overdose.

“I want you to think about your personal role in this,” she said. “Because this is what I see every night when I close my eyes and try to find the sleep that rarely comes.”