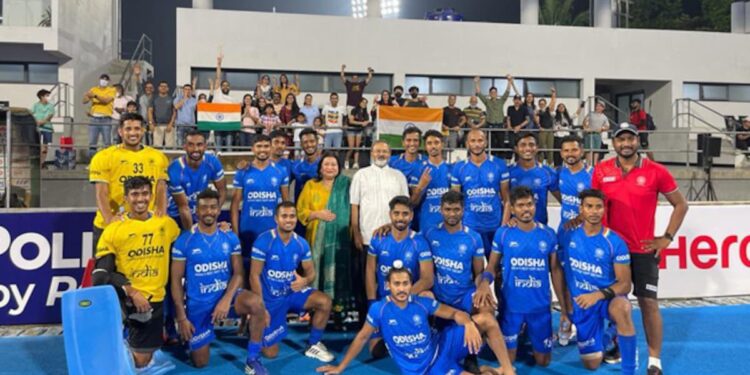 Hockey India reported on Thursday that two players and three members of the Indian gentlemen’s support staff have tested positive for COVID-19. The men’s team is currently preparing for the 2022 Commonwealth Games at the National Camp in SAI Centre, Bengaluru. “The RTPCR tests were conducted on Wednesday morning. They have mild symptoms and have been isolated,” an official release from Hockey India said.

Earlier on Monday, the men’s team returned to the national camp in SAI Centre, Bengaluru, after playing against Belgium and the Netherlands in exciting FIH Hockey Pro League double-headers.

Hockey India has designated 31 players for the camp that will end on July 23 before the team’s departure for the Commonwealth Games in Birmingham, England.

India, which will be led by Manpreet Singh, will begin their campaign against Ghana on July 31. Grouped into Pool B, India will also host England, Canada and Wales in the round-robin league matches.