A series of average performances, some major disappointments: report from Indian players in the South African series | Cricket News 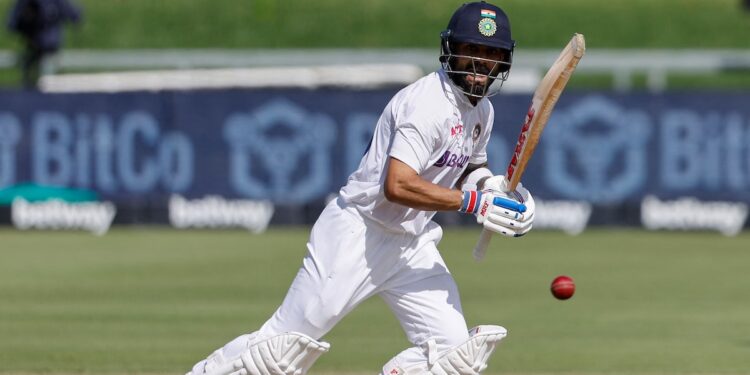 India’s much-discussed bowling unit, made up of Jasprit Bumrah, Mohammed Shami, Umesh Yadav, Shardul Thakur and Ravichandran Ashwin, failed to knock out South Africa for a second consecutive time in the fourth innings as the hosts won the third Test to the three-game series 2-1 to be won. Coming off a 113-run defeat in the first Test, South Africa showed lion-hearted performances in the second and third Tests, especially as they hunted in the fourth innings to win the series, which was described by their former wicketkeeper-batter and current head coach Mark Boucher as one of the top five appearances in the history of South African cricket.

The series saw many top performances from both sides but here we will focus on how the Indian cricketers fared in these tests.

The tour didn’t end the way it started for Mayank Agarwal. The righthander started the series with a solid fifty in India’s first innings in Centurion, but things went downhill for batter Karnataka since then. Mayank got the start in both innings of the second Test but failed to turn it into anything substantial and he was all out at sea in the Cape Town decider.

Aside from the third and final Test, KL Rahul contributed with the bat in virtually every Test of the series. The right-hander emerged as India’s highest finisher in the series with 226 runs, including a match-winning hundred in the first Test in Centurion. He also got to lead India for the first time in the absence of Virat Kohli in the second test match.

A fifty in the second innings of the Johannesburg Test is all Cheteshwar Pujara had in his kitty in the series. The veteran right-hander was one of the major disappointments of the series for India. He scored just 124 runs at an average of 20 across the three Tests and his place in the XI could be in jeopardy the next time India takes the field.

The India Test captain gave his best in the series-defining test in Cape Town, scoring an excellent 79 in the first innings and a patient 29 in the second innings, but it wasn’t enough to get India across the line. The way he chased the entire line of deliveries well beyond the stump would be a cause for concern.

Another veteran cricketer who could lose his spot in the Indian XI after another disappointing run with the bat. Rahane scored just 136 points with an average of 22.66. The right-hander’s inability to keep up with the pace and bounce on the South African circuits was on display for all to see. With the likes of Hanuma Vihari and Shreyas Iyer back in the wings, it seems very difficult for Rahane to hold onto his spot on the side.

He was allowed to play in the second Test in place of the injured Virat Kohli and did not damage his reputation. The righthander played a hard knock with the lower order in India’s second innings in Johannesburg. He could be lining up to replace Rahane in the middle order for India’s next series.

The Indian wicketkeeper batter was criticized for the shot he played to get out in India’s second innings in Johannesburg, but the innings he played in Cape Town showed exactly why he can be excused every now and then. Pant scored a sparkling hundred and became the first designated Asian wicketkeeper to score a Test hundred in South Africa. His maintenance was also one of the highlights of the series.

It would be no exaggeration to say that the veteran off-spinner left the door open for Ravindra Jadeja to come back from injury and take the spot as India’s overseas spinner. The pitches weren’t conducive to spin bowling at all, but Ashwin will be disappointed because he didn’t have any impact with the ball. With the bat, however, he played a few useful punches.

12 wickets in 3 Tests at an average of 19, Shardul Thakur was pretty good with the ball in the series. He also recorded an Indian’s best numbers against South Africa in Tests when he took 7 for 61 in Johannesburg.

He looked like he was getting a wicket every ball and it showed in his stats. With 14 wickets, Shami was India’s most successful bowler in the series. He also reached the 200 Test wickets milestone in the series.

Whenever Bumrah had the ball in his hand, there was anticipation and hope among Indian fans. More often than not, the ace bowler took care of the goods. He finished with 12 wickets in the series, but he would have been disappointed had he not struck in the second innings of the Johannesburg and Cape Town Tests.

Much was expected from the energetic Mohammed Siraj, but he failed to hit the target in the first Test. Before he could think of making things right in the second, a hamstring injury cut his tour short. He finished with just 4 wickets in two Tests.

A few eyebrows were raised when Umesh Yadav was chosen over Ishant Sharma for the defroster in Cape Town, but he tried his very best to make an impact. The right-arm seamer took four wickets in the only Test he played in the series.