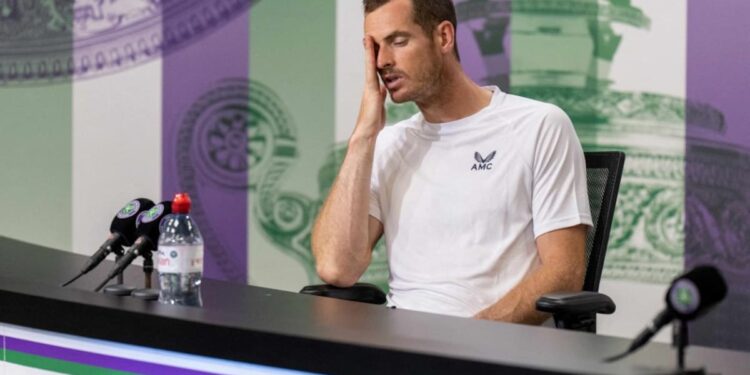 Andy Murray plans to return to Wimbledon next year, despite a second-round defeat to John Isner on Wednesday, his earliest All England Club defeat ever. The two-time champion, 35, struggled to tame the giant American’s serve, failed to break once in the match at Center Court and went 6-4, 7-6 (7/4), 6-7 (3/7) down. , 6-4. The British star has a stellar record in his own Grand Slam, winning the trophy in 2013 and 2016 – his earlier earliest exits came in the third round in 2005 and 2021.

But the 52nd-ranked Scot said he had no plans to hang up his racket and was in better shape than last year.

“My game was definitely in a better place,” he said. “Physically I felt good, apart from the kind 10 days after Stuttgart (earlier this month), which was frustrating.

“I could have had a good run here. One of the reasons it’s important to improve your ranking and try to get placed is not to play top players and dangerous guys early in tournaments.”

Murray said his future plans would depend on how his body holds up.

Murray was dogged by a series of injuries in recent years and underwent two hip surgeries.

“If I’m in a good place physically, yes, then I’ll keep playing,” he said. “But it’s not easy to keep my body in optimal condition to compete at the highest level.”

The former world number one appeared to be in straight sets against Isner, but he struggled back into the game by taking the tiebreaker in the third set and celebrating lavishly in front of his passionate fans.

Crucially, though, he was broken by the 20th seed in the fifth game of the fourth set, leaving him with a massive uphill task.

Isner, 37, made no mistake and fired another barrage of aces to come out on top for the first time in nine encounters between the pair.

“I’m certainly no better tennis player than Andy Murray,” Isner said gracefully in the win. “I was maybe a little better than him today.”