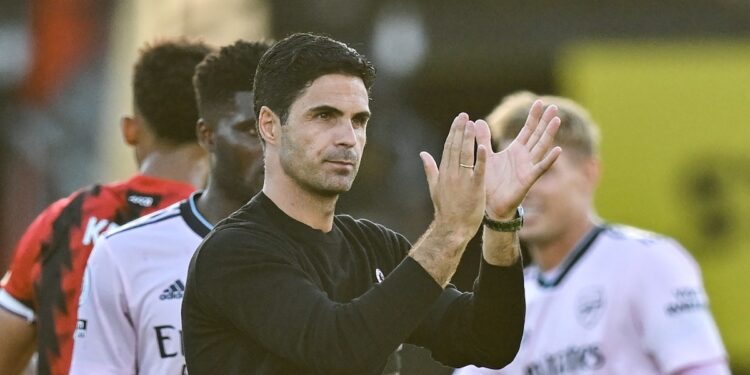 Antonio Conte has urged Tottenham to allow him the same patient approach as Arsenal did with Mikel Arteta. Tottenham led Arsenal to Champions League qualifiers at the end of last season, but the Gunners have kept their faith in Arteta and are now reaping the rewards. Arsenal lead the Premier League in the North London derby on Saturday, while Tottenham are one point behind in third place. Arteta was allowed to invest heavily in new signings despite failing to secure a lucrative Champions League berth, with both Oleksandr Zinchenko and Gabriel Jesus playing key roles after arriving from Manchester City.

Conte is impressed with Arteta’s work and thinks Tottenham should be equally clear about their approach to its own reconstruction project.

“When I see what happened at Arsenal, I think it’s a club that Arteta has supported over the years,” said Conte.

“You see when you trust someone, and Arsenal also showed this in a difficult period with Arteta by supporting him at every moment, now they are getting good results.

“They had a good move. I think they are better this season than last season. They have made good purchases, especially Jesus and Zinchenko from a club like Manchester City, two players who are used to winning and have a winning mentality.”

Conte, whose contract expires at the end of this season, has complained about the transfer strategies of several of his previous clubs, including Chelsea and Inter Milan.

The 53-year-old is happier at Tottenham after a summer spree that added six players to his squad.

“It will be very important to keep working the right way. We need to have time and a little patience to try and build a path to become seriously competitive with (Manchester) City, Liverpool, Chelsea, also (Manchester) United and Arsenal,” said Conte.

“For me it is important to realize this and understand that we need time and patience. Then, I repeat, I enjoy working with this club.”