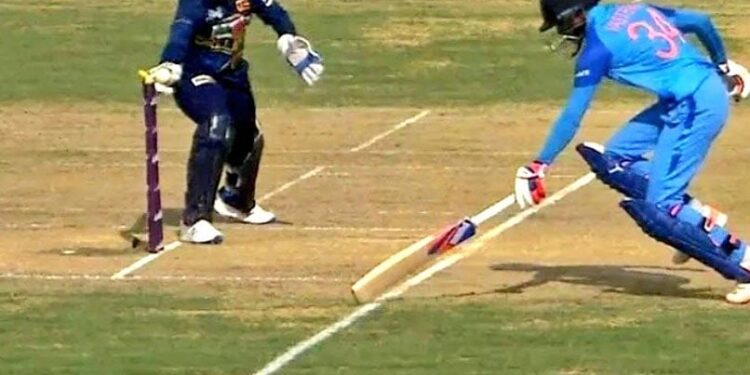 Pooja Vastrakar had an unlucky outing with the bat on Saturday when the player was judged exhausted by the third umpire in what was a tight call. It happened on the penultimate ball of the Indian innings during their Asian Cup game against Sri Lanka. Pooja drilled the ball to the outside and decided to double. Coming back for the second run, wicketkeeper Anushka Sanjeewani tried to catch her shortly before the crease, thanks to the throw from Kavisha Dilhari. The leg umpire referred the decision up and to everyone’s surprise, the third umpire found that Vastrakar was out.

It seemed like a touch-and-go decision, but many felt that the TV umpire could have given the batter the benefit of the doubt, which is usually followed in tight decisions, especially the run-outs. In addition to a number of fans, Yuvraj Singh also felt the same.

The former Indian cricketer took to Twitter to question the decision. “That is such a bad decision by the third referee! Should have given pooja vastrakar the benefit of doubt!! #indiavssrilanka #WomensAsiaCup,” Yuvraj wrote on the microblogging platform.

That’s such a bad decision from the third umpire! Should have given pooja vastrakar benefit of doubt!! #indiavssrilanka #WomensAsiaCup

While Pooja could only score 1 run out of the 2 balls she encountered, the right-arm pacer returned 2 for 12 in the 3 overs she threw into play.