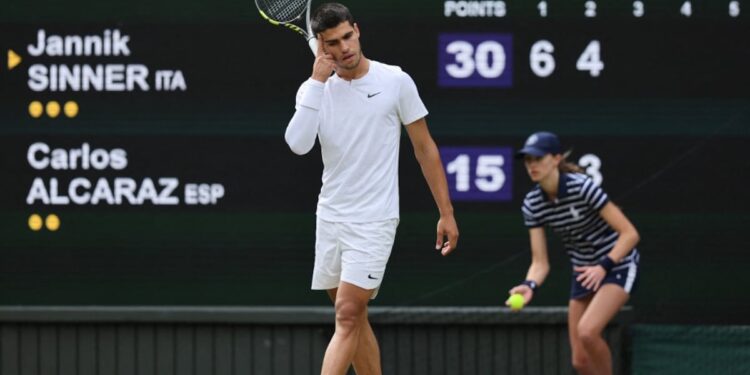 Italy’s Jannik Sinner stunned Spanish teenager Carlos Alcaraz and reached the Wimbledon quarterfinals for the first time on Sunday. The 20-year-old triumphed 6-1, 6-4, 6-7 (8/10), 6-3 to become the youngest man in the last eight since Nick Kyrgios in 2014. Sinner had never won a grass court game until Wimbledon this year.

But now he will compete against defending champion Novak Djokovic or Tim van Rijthoven for a place in the semi-finals.

“Carlos is a very tough opponent and a nice person. It is always a great pleasure to play against him,” Sinner said after reaching the quarter-finals of a Grand Slam for the third time.

Sinner swept through the first two sets and looked on course for a routine win until Alcaraz played a thrilling tiebreak in the third set.

The Spaniard saw three set points come and go before he had to save two match points, the second of which was thanks to Sinner taking a wild swipe from a second serve.

He converted a fourth set point, much to the delight of the Center Court crowd.

It was tough for Sinner, who only got one break point in the first three sets.

He then saved two more in the opening game of the fourth set before making a crucial break for 3-1 himself when Alcaraz committed a double foul.

Alcaraz had another chance to break – his sixth of the fourth set – but he couldn’t convert and that was his last chance. 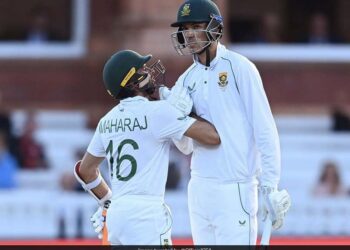 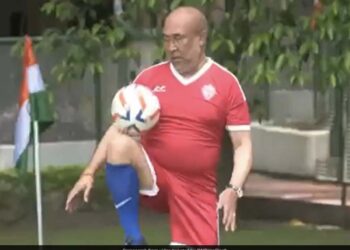 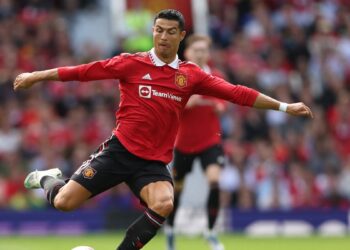 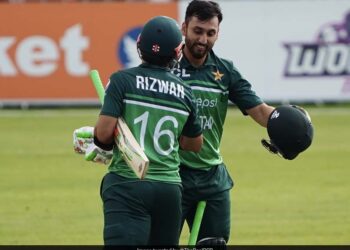 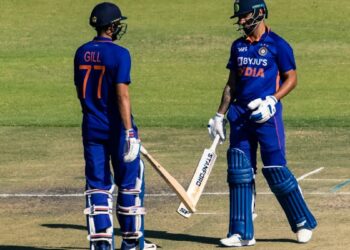