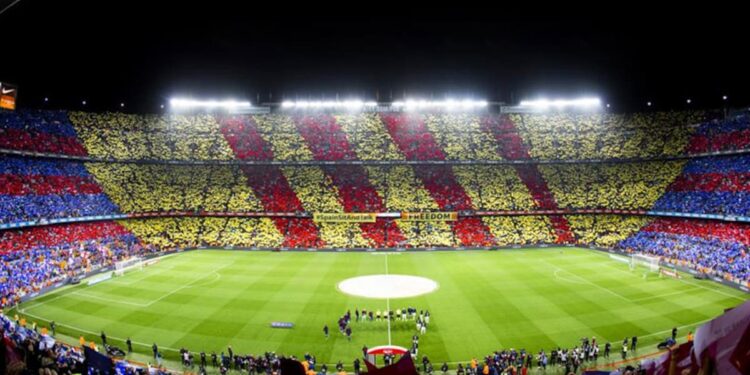 Barcelona announced Friday that more than 70,000 tickets have been sold for the second leg of the Champions League quarter-final against Real Madrid next month at the Camp Nou, an attendance that would break the world record for a women’s club match. It would surpass the previous record set in March 2019, when 60,739 supporters watched Barca beat Atletico Madrid at the Wanda Metropolitano.

Barcelona’s 147,000 members were allowed to claim free tickets to the match, although an administration fee of 2.50 euros ($2.86) will be charged.

The size of this fixture convinced them to use Camp Nou, with a capacity of just over 99,000.

Camp Nou is currently limited to 70 percent capacity due to regional restrictions surrounding the Covid-19 pandemic, but the club hopes the rules will be relaxed by the time the game takes place on March 30.

If so, the match could surpass the 86,422 fans who watched the men’s Clásico between Barca and Real Madrid at the Camp Nou in October.

Barcelona’s women’s team made their first appearance as a professional outfit at the Camp Nou in January last year, when they defeated local rivals Espanyol 5-0, although that match was played behind closed doors.

The Catalans become strong favorites against Real Madrid. They won the treble and the competition at a gallop last season, 25 points ahead of Madrid in second.

This season they are undefeated in Primera, while Madrid languishes in eighth place.