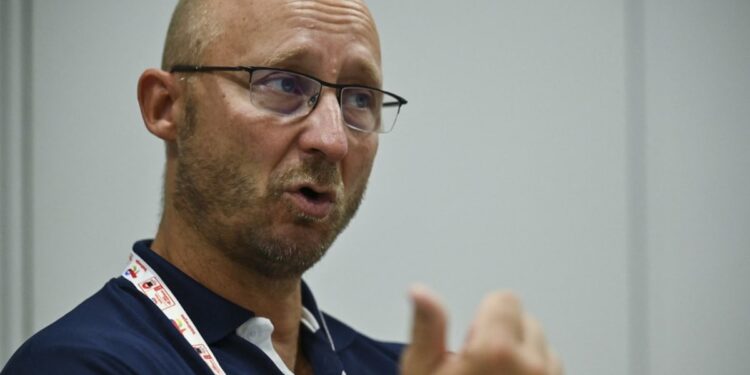 Badminton is finally emerging from a pandemic that “threatened the sport,” World Federation head Thomas Lund told AFP, but China’s zero-covid policy means it could face further damaging disruptions. Badminton World Federation secretary general Lund said the 2020 and 2021 coronavirus pandemic has made “a disaster” for the game, canceling tournaments worldwide and cutting finances to the bone. The situation is gradually returning to normal and in June the BWF announced an expanded calendar for the next four years, adding four additional tournaments to the world tour.

But Lund also warned that three events scheduled for the end of this year in China, as well as one in Hong Kong and Macau, could be moved if Covid restrictions make them unworkable.

China has traditionally been the main force in badminton and a huge, lucrative market that is crucial to the sport.

But most international sports in China have been canceled in recent years due to the country’s strict zero-covid strategy.

“There’s no doubt about it, that’s under heavy review at the moment,” the Dane said on the sidelines of the world championships in Tokyo of the Chinese events rescheduling.

“Once we have a clear picture of whether it can happen or not, we may need to find another destination for some of those tournaments.”

Lund said badminton won’t turn its back on China because of Covid and wants the sport to “grow back there”.

The Dane said surviving the pandemic has been “the focus” for badminton, but he is now looking to a brighter future with more events on next year’s calendar.

The 31-tournament world tour includes new stops in Japan, Germany, Canada and Finland, and Lund says the sport is expanding beyond its traditional Asian heartland.

“It’s on the rise because it’s not just the same countries that are bidding on extra tournaments here and there,” said the 54-year-old, who twice represented Denmark in the men’s doubles at the Olympics.

“Growth isn’t just about having 10 tournaments in our normal key countries, it’s about expanding the global footprint.”

The addition of additional tournaments has fueled allegations that players are being pushed too hard and risking injury.

Lund believes players and coaches should “learn how to play the calendar” by picking and choosing events, saying badminton “wants to be a sport that creates legends” like compatriot and world number one Viktor Axelsen.

Lund says it’s also important to look after those lower in the pecking order, citing support for Ukrainian players since the Russian invasion of their country.

In line with other sports, Russian players were subsequently banned from all international badminton tournaments and Lund says that is not going to change.

“I don’t think anyone can agree that this war was not started by Russian badminton players,” he said.

“We’re not making that claim at all, but we’re following the advice we’ve discussed with our sports colleagues around the world.”

Lund says the BWF is also in the process of creating a new policy for transgender athletes that has a “solider profile” than the federation’s current stance.

At present, national federations can ban players who they believe have gained an advantage after switching genders, but Lund says it’s a “complex issue”.

He also says that badminton “offers inclusiveness” for LGBTQ players, despite the small number of openly gay athletes at the highest level.

But he says the BWF “is not here to solve every problem in this world” and will “choose our areas where we can help and contribute in the best way possible”.

“I’m not sure if anything is too big or too small, but I also have to say that we just went through two years of Covid,” he said.

“That was a threat to the sport, the livelihoods of our players, our financial soundness. Frankly, that was the focus.”