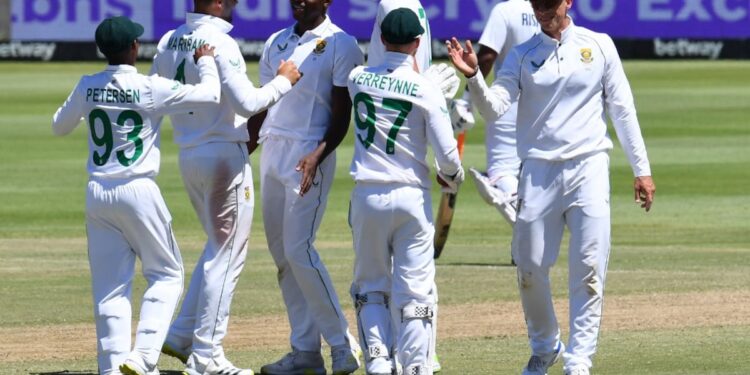 A tasteless bowling performance on the fourth day by the Indian team meant South Africa took a remarkable 7-wickets victory in Cape Town to win the third Test to win the three-match run 2-1. The win completes a stellar comeback for the Proteas who turned the tables on the Indians after losing the series’ first test match in Centurion. Top-order batter Keegan Petersen was the star of the show, scoring 82 priceless runs in the second innings in a 212-run chase. Petersen was also his team’s highest scorer in the first innings, as he had scored 72 crucial runs to give India a scant 13-run lead.

Marco Jansen took 7 wickets in the match, while Kagiso Rabada contributed 6 wickets to ensure India’s underpowered performance in both innings. Virat Kohli’s well-seeded knock of 79 had helped India score 223 runs in the first innings. The South Africans looked good at one time, taking a big lead in the first innings, but a Jasprit Bumrah five-wicket-haul dragged India back into the game and gave them a slim lead as the hosts moved into the first innings for 210 were thrown out.

But India’s batters showed a terrible application on a field that had some speed and movement for the sailors. Virat Kohli and Rishabh Pant bagged an important 94 runs to get India out of trouble, but once Kohli was sent back for 29, Pant took it upon himself to take India’s lead past 200 runs, closing a challenging century and remained undefeated at 100 because the lower order batters in India did not contribute anything substantial.

India was eventually eliminated for 198, giving South Africa a goal of 212 runs to win the match and the series.

Cheteshwar Pujara and Ajinkya Rahane were the major disappointments for India in the series as they failed to contribute when the team needed the experienced batters to,