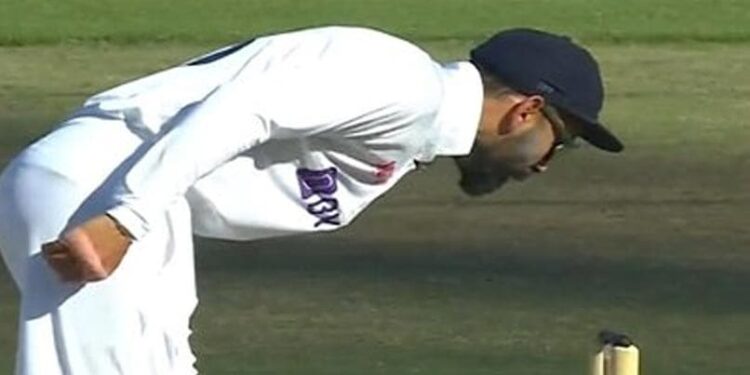 Virat Kohli walked to the stump mic and swiped at the host transmitter.© Twitter

After losing the third test match and series against South Africa, Indian captain Virat Kohli had said his team had left the controversy over a DRS outcome, which resulted in much talk about stump mics on Day 3. The Indian cricketers including Captain Kohli raged in the stump mic after DRS overturned the LBW decision against South African captain Dean Elgar. Much of their anger was directed at the host broadcaster. But SuperSport said it had no control over the Decision Review System (DRS) used in the series.

The broadcaster also clarified that it has “no control” over the hawk-eye technology used to track balls during a player rating.

“Hawk-Eye is an independent service provider, approved by the ICC and their technology has been accepted as an integral part of DRS for many years.

“SuperSport has no control over the Hawk-Eye technology.”

Kohli said he has no comments on the subject and is not interested in creating controversy.

“I have no comment to make. That one moment seems like a lot of fun and very exciting to make a controversy out of, but frankly I’m not interested in making a controversy,” he told a press conference after the third test.

“It was just a moment that passed and we went off and we kept focusing on the game and trying to pick up wickets,” he said at Friday’s post-match press conference.

Earlier on Day 3, Indian captain Virat Kohli walked up to the stomp mic and said, “Focus on your team too, not just the opponent, and try to catch people all the time.”