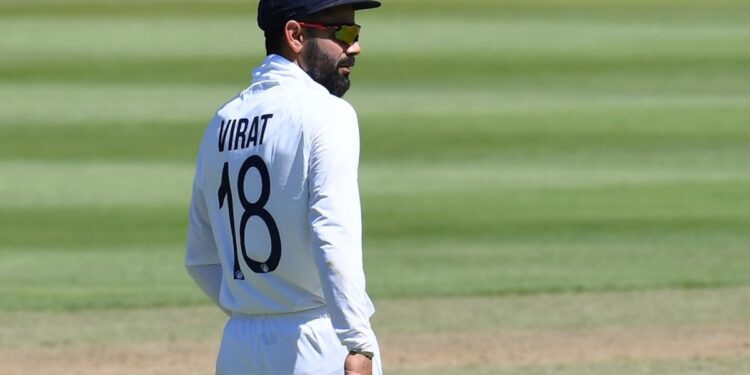 Former South African batter Daryll Cullinan reserved strong words for Virat Kohli for his behavior on the pitch after a DRS comeback against India in the third Test game against South Africa at Newlands in Cape Town, which the hosts won by 7 wickets to take the series 2 to achieve -1. Aside from the exciting cricket from both sides, the series-defining Test will also be remembered for the DRS controversy that took place late on Day 3. South African captain Dean Elgar was handed LBW by field umpire Marais Erasmus when bowling Ravichandran Ashwin. The left-hander decided to take on the review. The replays showed, to the great surprise of many, including umpire Erasmus, that the ball would have gone over the stumps. The third umpire asked Erasmus to reverse his decision and Elgar survived, enraging the Indian cricketers.

Captain Virat Kohli led the way as many Indian cricketers, including KL Rahul and Ashwin, expressed their anger at the stomp mic.

Commenting on the incident, Cullinan said it was “out of line” and added that Kohli got away with “unacceptable behavior” on the cricket pitch for far too long.

“I like Virat Kohli, I like his cricket, I like the way he plays. But there has to be a line drawn somewhere to say ‘wait a minute, you must be severely punished’. I just can’t believe that they could think along “That’s just not in line. Virat Kohli has gotten away with behavior that is unacceptable on a cricket pitch for far too long. But he’s Virat Kohli and I honestly don’t like it,” Cullinan told ESPNCricinfo.

“To start with, we all thought the ball would hit the stumps, so I understand Erasmus’ reaction. What followed was quite serious. There was an insinuation from the Indian camp that the host broadcasters were planning to do some mischief. to make sure they put their own team at an advantage. That’s a serious kind of insinuation. I have a problem with that,” added Manjrekar.

Kohli, for his part, decided not to delve too deeply into the matter.