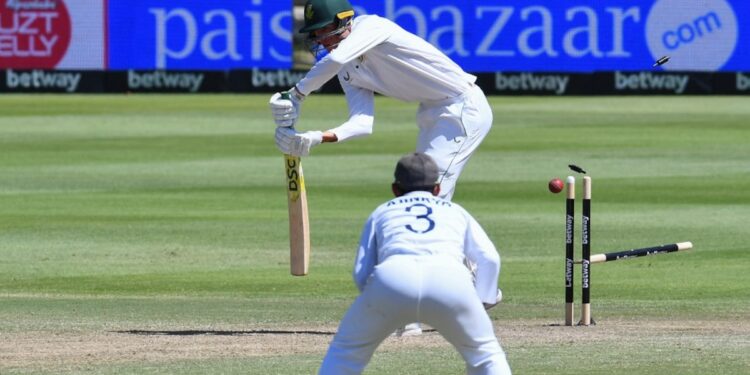 South African pacemaker Marco Jansen got a bitter taste of his own medicine when India’s Jasprit Bumrah stabbed him, exacting a sweet revenge after a heated altercation while batting India in the first innings of the previous Test in Johannesburg. On day 2 of the third test in Cape Town, Bumrah delivered a spectacular delivery that came back sharp. Jansen was late and lost his off-stump. Bumrah even had a grin on his face and looked at the batter after his firing. Remarkably, this incident proved that getting Bumrah aroused is not the best idea for an adversary.

A similar incident had occurred during India’s tour of England last year, when Bumrah and Anderson tried to challenge each other during their individual time in the fold with the bat. In the end, it was Bumrah who had the last laugh.

This duel was clearly highlighted in the recent post by former Team India cricketer Wasim Jaffer in which he said players should “learn from history” and if they don’t, they are certainly “doomed” against an inspired Bumrah.

“Those who don’t learn history are doomed to repeat it. Jasprit Bumrah is simply phenomenal.#SAvIND.”

Bumrah finished with a brilliant five wickets away as India knocked off South Africa for 210 runs in the first innings. His marks were 5/42 in 23.3 overs. Except for Bumrah, Mohammed Shami and Umesh Yadav each claimed two wickets, while Shardul Thakur took one.

However, India lost two early wickets and was placed 57/2 at Stumps on Day 2 with a 70-run lead.