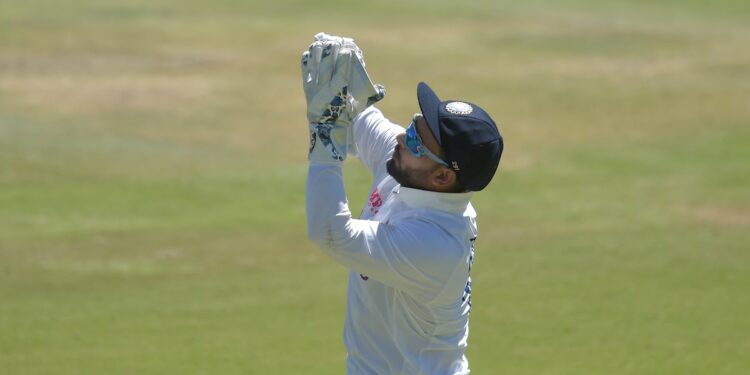 Indian wicketkeeper Rishabh Pant is known for being quite cheerful behind the stumps and always trying to motivate the bowlers. Pant is always vocal on the pitch and his words are often picked up by the stomp mic. On Thursday, Pant played a fantastic 100-run knockout to give India a chance to win the third Test against South Africa in Cape Town.

With India sacked for 198, Pant was on the pitch with his gloves on. Mohammed Shami took Aiden Markram’s wicket early, but that brought Keegan Petersen into the middle and he, along with Dean Elgar, set up a solid partnership with South Africa, closer to the goal of 212 runs.

It was during one of Ashwin’s overs that he bowled a pitch that struck Pant’s imagination and the keeper praised the pitch in his own inimitable style. “Cutie bowling hai,” Pant joked and was picked up by the stomp mic.

This left Pant’s Indian Premier League franchise Delhi Capitals in splits when they tweeted about it.

“cutie bowling hai” – #RP17 to Ash Another one for the Stump Mic archives,” Delhi Capitals wrote on Twitter.

Another one for the Stump Mic archives ????️????#SAvIND

Previously, Pant produced a great knock and scored his fourth Test century. The Southpaw captivated cricket fans with his reckless at bat on Day 3 of the third Test match between India and South Africa in Cape Town. Pant hit an unbeaten 100 on a test field, while India was eliminated for 198 in the second innings, giving the hosts a 212-run goal to win the game and the series. India has never won a test match in Cape Town, nor has it ever won a test series on South African soil. If they manage to pull off the two feats, credit goes to the young wicketkeeper batter.