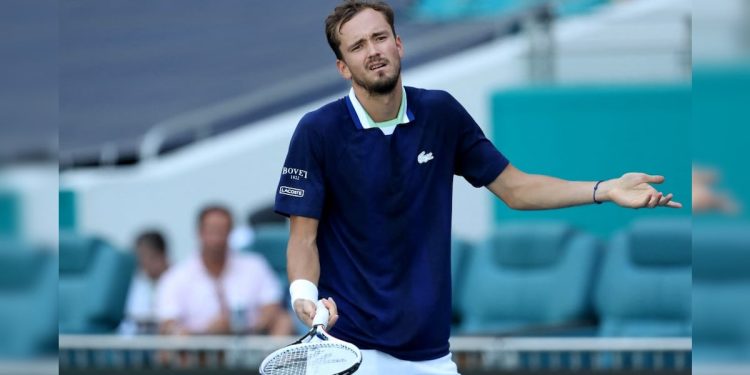 Daniil Medvedev returns to action after hernia surgery at the Geneva Open.© AFP

World number two Daniil Medvedev is back in action after a hernia operation at the Geneva Open, a week before the start of Roland Garros. Medvedev went under the knife last month after losing the quarter-finals in Miami and missed the start of the clay-court season. “Comeback on track,” Medvedev tweeted when organizers confirmed on Friday that he had been given a wildcard to the May 15-21 tournament in Switzerland.

Medvedev had questioned his participation in the French Open, which starts on May 22, after saying he would be out for two months after surgery.

The reigning US Open champion posted a video of himself training late last month, and more footage of him practicing on clay three days ago.

Medvedev briefly climbed to world number one in February, but only lasted three weeks there before Novak Djokovic regained the top spot.