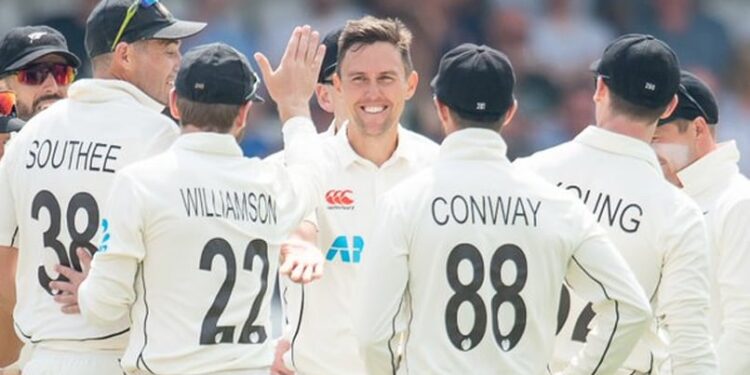 Trent Boult was on top of his game when New Zealand rattled England’s highest ranking on Day 2 of the ongoing third test at Headingley in Leeds. After the Kiwis were out for 329 in the first innings, Trent Boult took three wickets while England dropped to 55 for six. Boult produced three world-class deliveries to clear England’s top three batters – Alex Lees, Ollie Pope and Zak Crawley. After surprising left-handed Lees with a sharp out-swinger, Boult tricked right-handers Pope and Crawley with two excellent in-swing deliveries.

However, England made a strong backlash in the final session of the day, thanks in large part to Jonny Bairstow and Jamie Overton’s unbeaten partnership for the seventh wicket.

Bairstow and Overton added an unbeaten 209 runs for the seventh wicket as England finished Day 2 at 264/6, trailing New Zealand by just 65 runs.

Bairstow (130 not of 126) took just 95 balls to score his 10th Testton. He had also broken a century in the previous Test at Nottingham.

Overton, on the other hand, went unbeaten at 89 and will aim to score his first century when play resumes on Day 3.

Previously, Daryl Mitchell scored his third century of the series, while New Zealand posted a total of 329.

England led the three-game series 2-0 after beating New Zealand in the first and second Tests at Lord’s and Trent Bridge respectively.