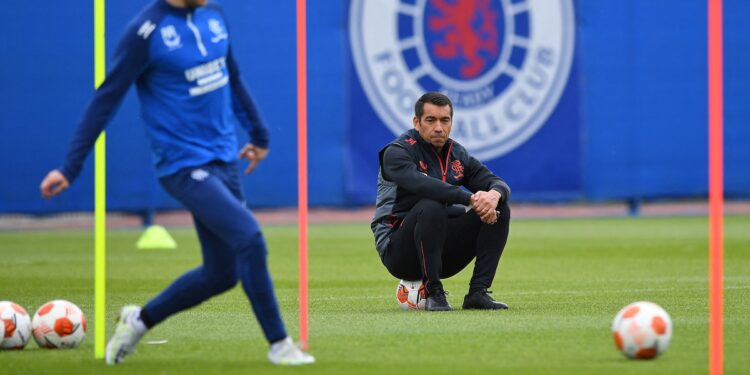 Ten years after financial oblivion plunged them into Scotland’s lower echelons, Rangers are about to take home their first European trophy in half a century when they face Eintracht Frankfurt in the Europa League final on Wednesday. Administration, liquidation and relegation destroyed a broken club in 2012, but if the Rangers’ recovery was complete when they won the Scottish Premiership again last season, a final in Seville now offers them a shot at European glory too.

“We are one game away from making history,” said Rangers midfielder Aaron Ramsey on Monday as the squad left for Spain, the final leg of a journey that began eight months ago in defeat and disappointment.

With the chance to play in the Champions League after winning the Scottish title, Rangers instead lost to Malmö in the third qualifying round, a result that set up a play-off to reach the Europa League with Armenia’s Alashkert.

A win would give the club its first cup on the continent since Rangers defeated Dynamo Moscow 3-2 in Barcelona to win the Cup Winners’ Cup in 1972.

“This is an opportunity for them to get into the history books of this club and achieve a truly historic victory,” said Van Bronckhorst.

“Then the stories they tell for years to come will be the same stories the 1972 players tell my players.

“I’ve said it before that you have to dream of something to actually achieve it. You can work hard and really give everything to achieve your goal and that’s beautiful.”

Frankfurt will start the game as favorites after already knocking out Real Betis, Barcelona and West Ham to improve on an otherwise disappointing campaign, with the team finishing 11th in the Bundesliga.

It will be the first European final in Frankfurt since beating Borussia Mönchengladbach to win the UEFA Cup in 1980, while the club has fond memories of games against Rangers, after beating the Glasgow side 12-4 overall in the semi-finals of the European Cup 20 years before.

“They were the best team I’ve ever seen in my life,” said Alex Ferguson, the former Manchester United manager who stood in the crowd at Hampden. “And then they were beaten 7-3 by Real Madrid in the final.”

The crowd is expected to play a big part at the Ramon Sanchez Pizjuan, with 100,000 Rangers fans and at least 60,000 Frankfurt supporters expected to follow their teams to Seville, raising concerns about security in the city.

Frankfurt fans clashed with West Ham fans in Seville when the teams crossed there in March, while Rangers’ last European final against Zenit St Petersburg in Manchester, in the UEFA Cup in 2008, was marred by violence when 39 people were arrested and riot police called.

“They are expecting a stampede in Seville that the city has never seen before,” said Frankfurt CEO Axel Hellman. “It will be a unique gathering of the most vocal and enthusiastic fans in Europe.”

Former Rangers manager and player Graeme Souness urged the team’s supporters to enjoy the final peacefully. “If you think about the journey we’ve taken over the past 10 years to reach a serious European final, it’s a fantastic achievement,” said Souness.

“They’ve done their part, now it’s your turn. Make it a party, but behave yourself.”

Rangers’ top scorer Alfredo Morelos will miss the game with a thigh injury, while Kemar Roofe also struggles with a knee problem, which could mean Van Bronckhorst could start again without a natural striker.

Frankurt forward Jesper Lindstrom is hoping to shake off a hamstring injury in time for the final, with Jens Petter Hauge poised to fill in.

“It is important that he has two or three days of training to be ready for the intensity that awaits us on Wednesday,” said Frankfurt coach Oliver Glasner.