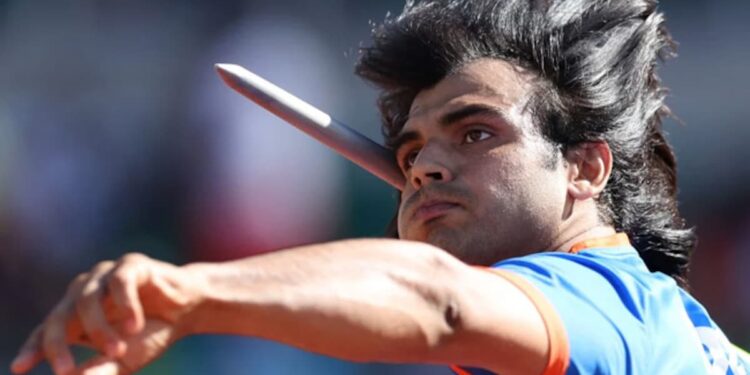 After missing out on the 2022 Commonwealth Games, Neeraj Chopra, the gold medalist of the Tokyo Olympics, announced on Tuesday that he will represent India in the Lausanne Diamond League from Friday. Neeraj Chopra said on Twitter that he is feeling strong and ready for the upcoming event. “I feel strong and ready for Friday. Thanks for the support, everyone. See you in Lausanne!” Neeraj tweeted. Earlier in July, Indian javelin thrower Neeraj Chopra was banned from the Commonwealth Games.

I feel strong and ready for Friday. Thanks for the support, everyone.
See you in Lausanne! @athletissima pic.twitter.com/wx52umcVtm

Neeraj had sustained a groin injury in the final of the World Athletics Championships in Oregon, where he took the silver medal, to end India’s 19-year wait for a medal at the World Championships.

Neeraj had announced the news of his injury on Twitter, writing: “I am extremely disappointed to inform you all that I will not be able to represent the country at the Commonwealth Games in Birmingham. I was uneasy after the pull I felt in my groin during my fourth throw at the World Cup. When I had it medically examined by a group of doctors here in the US yesterday, a minor strain was discovered and I was advised to undergo rehabilitation and rest for the next few weeks.”

Neeraj had taken the gold medal in the 2018 CWG which was held in Australia. He further stated that he was deeply hurt by not being able to defend his title.

The winners of the Wanda Diamond League final in Zurich on September 7-8 will earn a wild card to the 2023 World Athletics Championships in Budapest.