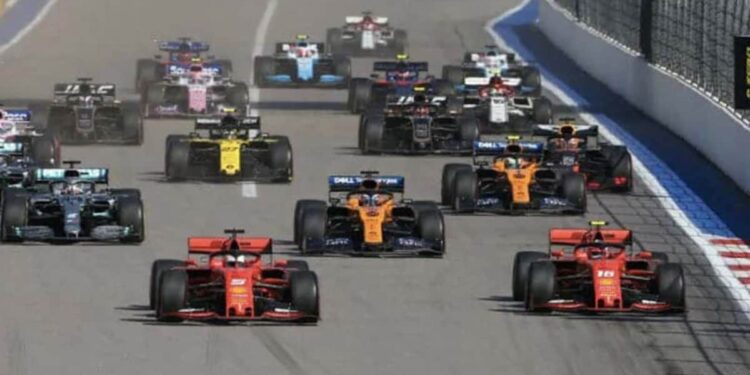 Formula 1 will run six sprint races in 2023, double the format that has proven to be a popular addition to Grand Prix weekends over the past two seasons. At which circuits the 100-kilometer sprint will be held on Saturday has yet to be determined, F1 said on Tuesday. Silverstone, Monza and Interlagos staged sprints when they first appeared on the calendar last year, with Imola and the Austrian Red Bull Ring circuit followed by Interlagos again chosen for the term. “Sprint sessions bring exciting dynamics to the race weekend format and have proven popular over the past two seasons,” said Mohammed Ben Sulayem, president of the FIA, the sport’s governing body.

“I am confident that this positive trend will continue and I am pleased that the World Motor Sport Council has today given its approval to continue,” he added.

F1 chief Stefano Domenicali was equally enthusiastic about the proliferation of a format that he said “adds a new dimension to Formula 1”.

During sprint weekends, qualifying will be shifted to Friday, with the finish order of Saturday’s race 24 hours later determining the starting grid for the Grand Prix.

This season, the sprint points system was strengthened, with the top three at home taking eight, seven and six points respectively to one point for eighth place.

“The sprint delivers action over three days, with the drivers all fighting for something from the Friday start to the main event on Sunday, adding even more drama and excitement to the weekend,” Domenicali noted.

“The feedback from the fans, teams, promoters and partners has been very positive,” he added.

At the Emilia Romagna Grand Prix at Imola in April, world champion and runaway series leader Max Verstappen won the points jackpot for the weekend, with a maximum of 34 points after winning the sprint, the Grand Prix and setting the fastest lap.