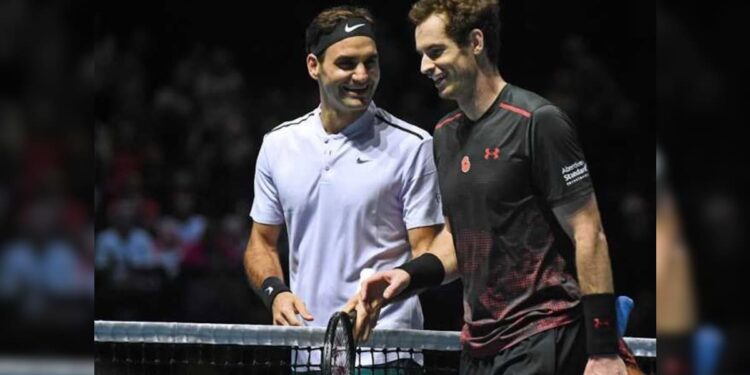 Tennis great Andy Murray said he has no plans to retire just yet, but will not end his career like 20-time Grand Slam champion Roger Federer. Britain’s Murray believes the emotional scenes that welcomed the end of Roger Federer’s international playing career at the Laver Cup this week were “super special”. “I certainly will not and do not deserve to be sent away in such a way,” Skysports quoted Murray as saying. Federer, a 20-time Grand Slam champion, did not triumph in the match or the Laver Cup and yet the occasion turned out to be a special goodbye for him.

“Roger earned that night and it was super special to have all those guys standing on the side of the field watching,” said Murray.

Last week, the Swiss great announced his retirement via Twitter via a letter. He won 103 ATP singles titles and a total of 1,251 matches during his illustrious career. Federer has also won 20 Grand Slam titles, including a record eight Wimbledon titles in men’s singles.

Federer’s glorious career saw his reign at the top of the ATP rankings for 310 weeks.

“I’m not going to have a farewell game. I would probably announce when I’m going to play my last event, but when that will be I don’t know,” he revealed.

The British player is putting the injury behind him and plans to continue competing.

“I still play competitive tennis and I feel good physically against top players. I just need to turn these tight losses and turn matches into victories. It’s that simple,” he said.