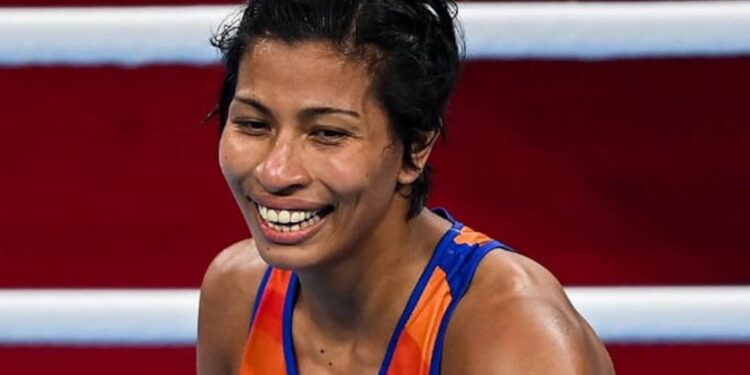 We have urged the Indian Olympic Association to immediately arrange the accreditation of Lovlina Borgohain’s coach. https://t.co/6GhD72cvY4

The Boxing Federation of India has also issued a statement stating: “Only 33% of the playing contingent is allowed as support staff, which in the case of BFI for the 12 boxers (8 men and 4 women) is 4 support staff (including coaches) who would travel to Birmingham with the team. Boxing’s requirements regarding coaches and support staff are a bit different, as there are multiple periods, which can be one after the other.”

“The IOA understood BFI’s position and therefore expanded assistance with maximum possible additional support staff. With the help of IOA, the number of support staff increased from 4 to 8 for the entire contingent of 12 boxers. Boxing Federation of India ensured that Sandhya Gurung was at the training camp in Ireland. BFI is working closely with IOA so that Sandhya Gurung can join the team in Birmingham. In the meantime, transport and accommodation at ETO’s hotel has already been arranged for her,” it added up.

Bronze medal-winning boxer Lovlina Borgohain, who won the bronze medal in the Tokyo Olympics, took to Twitter on Monday, claiming she was facing “mental harassment” due to the constant removal of her coaches, who helped her become an Olympic champion. medal, from her training process and later gained access after multiple requests. She also claimed that her coach Sandhya Gurung is currently unable to access the Commonwealth Games Village.

“Today I would like to tell everyone with great sadness about the continuous harassment that is going on with me. The coaches who helped me win an Olympic medal are always sidelined, which has seriously affected my training schedule,” Lovlina wrote in her letter. twitter message.

“One of the coaches is Sandhya Gurungji, a winner of Dronacharya. I had to beg with folded hands to get my coaches into the contingent. I feel mentally harassed by this ordeal,” she wrote. “Right now, my coach Sandhya Gurung is outside the CWG village and he is not allowed to enter. Just eight days before the start of my event, my training schedule has been hampered. My other coach has been sent back to India,” she says. said.

The Indian boxing squad reached the Games Village here on Sunday night after a training stint in Ireland, but Lovlina’s personal coach Sandhya Gurung was unable to enter the village as she has no accreditation. Lovlina may have wanted her personal coach Amey Kolekar with her during the CWG, but he wasn’t on the long list.

Lovlina claimed she received similar treatment before the World Championship in Istanbul and she fears something similar will happen at the upcoming Games in Birmingham.

“I don’t understand how to focus on the Games (CWG) in the midst of all this? My world championships have suffered as well. I don’t want my CWG to be influenced by politics. medal for my country. Jai Hind,” she wrote.