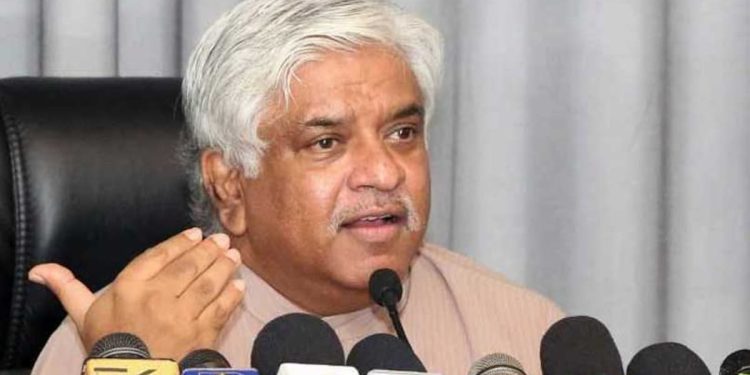 Former Sri Lanka skipper and minister Arjuna Ranatunga on Wednesday praised Prime Minister Narendra Modi for helping Sri Lanka during the ongoing economic crisis. Sri Lanka is facing a severe economic crisis with food and fuel scarcity affecting a large number of people on the island. The economy has been in free fall since the start of the COVID-19 pandemic.

“PM Modi was very generous in giving the grant to start Jaffna International Airport. India has been an older brother to us. I am glad they are monitoring the situation instead of giving money to Sri Lanka. They look at our needs like petrol and medicine and I’m sure these are things that we will miss in a few months. India has helped us a lot,” Arjuna Ranatunga told media.

“My main concern is that I do not want a massacre. I am very afraid and do not want people to start a war again, which we have suffered for years. Some politicians in the government are trying to show that the disease was created by Tamils and Muslims and by doing this they are trying to divide the country,” he added.

Regarding the ongoing protests in the country, Ranatunga justified the actions of the general public and said the government has not handled the COVID-19 pandemic properly.

“The general public came out to ask for very basic things like rice, petrol, food, etc. I don’t agree with the violence that is taking place, it shouldn’t be happening. But the country is in a big mess in the last two years. The government can give the excuse that it is COVID, but other countries have experienced it too. These people have not handled things well and were overconfident that they can get away with anything. They have even dismissed their lawsuits and that’s why people got on the road,” said the former cricketer.

Sri Lanka also suffers from a shortage of foreign exchange, which incidentally has affected its capacity to import food and fuel, leading to power cuts in the country. The shortage of essential goods forced Sri Lanka to seek help from friendly countries.

On Sunday, 26 Sri Lankan ministers resigned en masse from their posts amid mounting public anger at the government over the economic crisis. All 26 signed a general letter, the Daily Mirror reports.