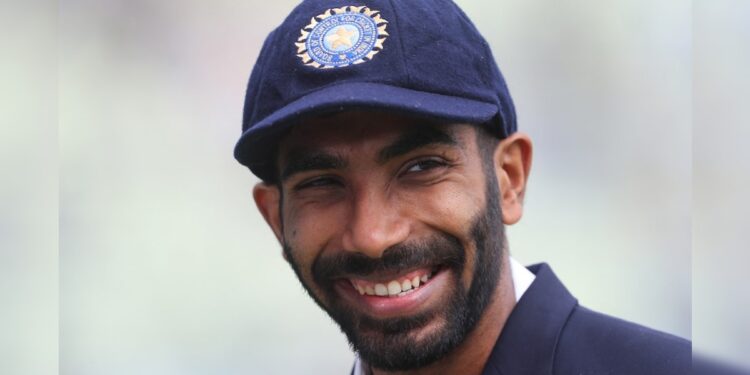 Jasper Bumrah, who has never led in a first-class match before, has been thrown into the deep water as he leads Team India in the crucial rescheduled fifth Test against England in Edgbaston, Birmingham. Bumrah took the reins after Rohit Sharma tested positive for COVID-19 again on Thursday morning. Team India head coach Rahul Dravid said he has had talks with Bumrah, and the side would need him more as a bowler than a captain.

“He is a thoughtful person; he thinks about the game. He understands the game very well, he understands his bowling exceptionally well. He is enthusiastic and always has conversations about the game. I also think he commands the respect of the players. the tactical side of things, the captaincy, the bowling changes,” Dravid said in a chat with Sanjana Ganesan on the Sony Sports Network.

“He will only get better. He hasn’t had many captains so it will be a challenge, but we will support him in that. own bowling, he needs to set fields while bowling. I’ve had a few conversations in the last few days, we probably need him more as a bowler than a captain. Captainship is something, the more you do the better you get” , he added.

England played attacking cricket and this approach allowed them to beat New Zealand 3-0 earlier this month. Dravid said he doesn’t think about what the opponent is doing and that the focus is on his own team.

“I mean yes there has been a lot of talk about the English batting style. I’m looking forward to it, the quality in our seam department is something we are very proud of. Over the last 4-5 years we have developed a strong group of fast bowlers who can bowl in all kinds of circumstances,” said Dravid.

“It’s going to be an exciting game; our boys are ready. The focus is more on ourselves than on what they’re going to do. It’s about bowling the balls in the right areas. We support ourselves when they have the ability to hit good balls, then good luck to them,” he added.

India are currently leading the series of five games 2-1 and if they manage to win or draw this Test it would be the first time since 2007 that India would win a Test series in England.