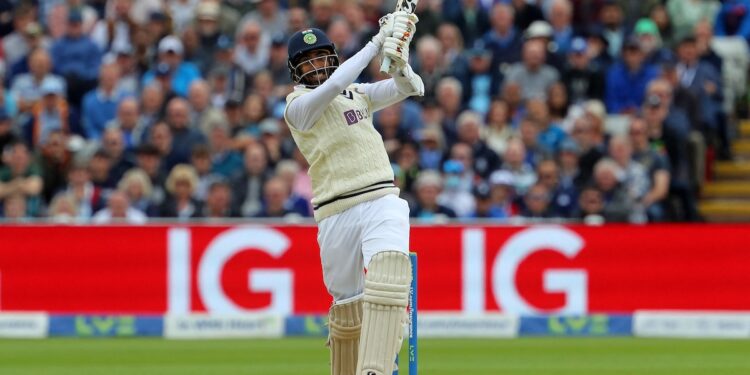 Stand-in India captain Jasprit Bumrah, known for his bowling exploits, produced a counter-attack on Day 2 of the ongoing fifth Test against England at Edgbaston in Birmingham. Bumrah broke the West Indies by beating Brian Lara’s stellar record for most runs scored in an over in Test cricket, scoring 29 points on Stuart Broad’s over, ultimately bringing in 35 points, including six extra. On Twitter, former Indian batter Virender Sehwag commented on Bumrah’s exploits against Broad in the first session on Day 2.

Referring to Yuvraj Singh’s 36 run over to Broad at the 2007 World T20, Sehwag shared a hilarious meme from a famous Bollywood movie titled “Dhamaal”.

Stuart Broad after being confronted by Bumrah-35’s attack in an over.. haha pic.twitter.com/68kQft72SM

Bumrah remained unbeaten at 31, while India had a total of 416 in the first innings.

Earlier, Rishabh Pant and Ravindra Jadeja had scored centuries to save India from an awkward position.

India was at one point 98 for five before Pant and Jadeja made 222 runs to put India in charge.

In response, England was 60 to three before the rain forced early tea on day 2.

Joe Root and Jonny Bairstow were unbeaten at 19 and 6 respectively.