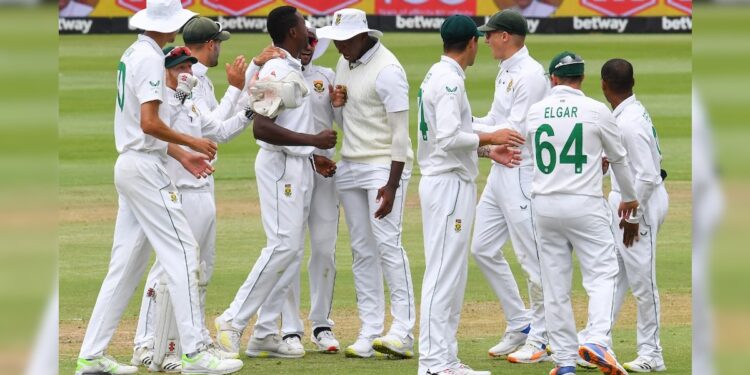 Ajinkya Rahane’s poor form continued into Day 3 of the ongoing third test match between India and South Africa in Cape Town. The batter was fired after registering just one run on nine pitches, adding to India’s batting woes in the ongoing three-game series. Before Rahane’s dismissal, the visitors also cheaply lost the wickets of KL Rahul (10), Mayank Agarwal (7) and Cheteshwar Pujara (9), putting more pressure on the middle class. In the 19th over, Rahane gave a peach of a throw from Kagiso Rabada to the wicketkeeper who jumped high to watch the ball bounce off his glove. But Dean Elgar was alert enough on the first slip to catch the rebound. Here is the video of Rahane’s resignation:

Rahane has been criticized lately and was sacked after 12 deliveries in the first innings. He could only score nine runs.

Meanwhile, in the first innings of the second Test, he lost his wicket to a golden duck.

Now that Virat Kohli and Rishabh Pant have built a strong partnership, India has fought back on Day 3 and expanded their lead.

Pant has been on record for half a century and with Kohli will try to increase the pressure on the home side bowlers.

Kagiso Rabada and Marco Jansen are in good form for South Africa, each with two layoffs.