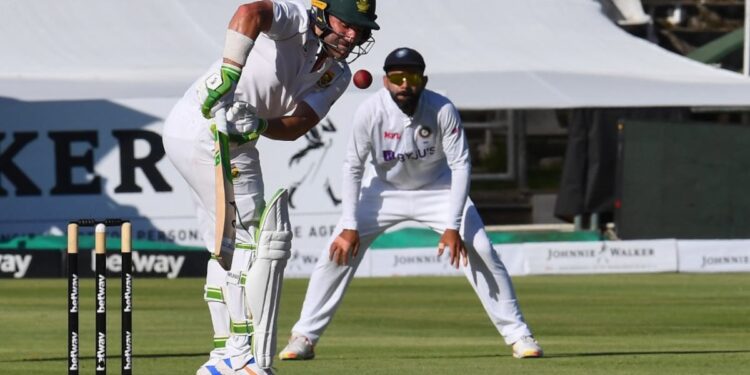 South African skipper Dean Elgar believes Proteas’ batters have been given a “window period” to go after goal in the third Test after Team India’s outburst on the field on Thursday’s DRS call. Team India was visibly annoyed after a controversial call from the Decision Review System that helped Elgar on Day 3. The controversial call provoked mixed reactions from KL Rahul, skipper Virat Kohli and spinner Ravichandran Ashwin. Elgar said he was “extremely happy” how things turned in South Africa’s favor after Indian cricketers’ disappointment over the DRS call.

“Maybe it was a team that was under a little bit of pressure and things didn’t go the way they were, which they’ve been quite used to lately [getting things to go their way]’, ESPNcricinfo quoted Elgar as saying.

“It was a bit of pressure from the test match cricket which gave us a bit of a window period to score more freely and knock away from the goal.

“It played into our hands that they forgot the game for a while and channeled a little more of the emotional side of what Test cricket has to offer. I’m really glad it happened that way,” he added. .

The incident occurred in the 21st over of South Africa’s second innings, which was bowled by Ashwin. The spinner threw a toss and it drifted in, defeating Elgar on the inside rim and the ball hitting him right in front of the stumps, and field umpire Marais Erasmus held up his finger.

Team India was shocked to see the ball go over the stumps and the stump microphone caught Kohli, Ashwin and Rahul thinking the technology was being tampered with. Even umpire Erasmus was seen shaking his head as the ball missed the stumps.

Meanwhile, on Friday South Africa defeated India in the third and final Test to take the three-game series 2-1.

India had won the first Test by 113 runs, but South Africa recorded victories in the second and third Tests to take the series.