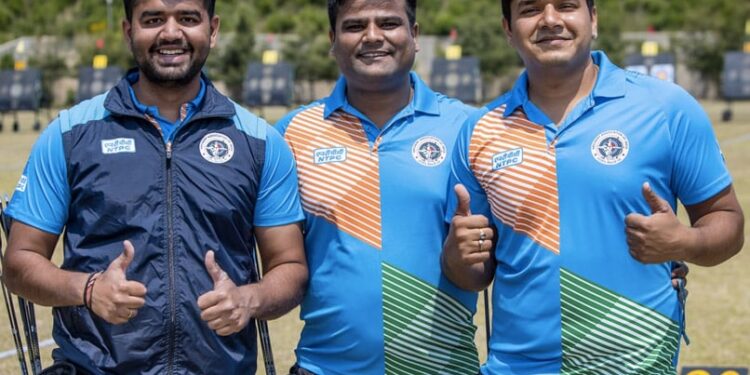 The Indian composite men’s archery team came from behind on Saturday to win by two points over France with an intense finish to win the gold medal in consecutive World Cup stages. In a repeat of the Stage 1 final, the fourth-seeded men’s team, made up of Abhishek Verma, Aman Saini and Rajat Chauhan, trailed its sixth-seeded rivals in the first two sets.

But riding a flawless finish in the third end, the trio took a 232-230 win over their French counterparts Adrien Gontier, Jean Philippe Boulch and Qentin Baraer to take the World Cup Stage 2 gold.

In the last World Cup final in Antalya in April, the same Indian trio had beaten France by one point.

Star Indian compound archer Verma then won a second medal when he teamed up with Avneet Kaur to pimp the senior Turkey’s Amircan Haney and Ayse Bera Suzer 156-155 to take the bronze in the mixed team event.

For Kaur, this was her second bronze after previously winning a team bronze in the women’s event.

Starting with 39-all, the sixth-seeded Indian duo trailed by two points in the second end (77-79), while its fourth-seeded rivals shot four tens, including three X’s (closer to center).

Verma and Kaur narrowed the deficit to one point in the third end by shooting 39/40 and finished in style with a perfect fourth end — four 10s, including one X.