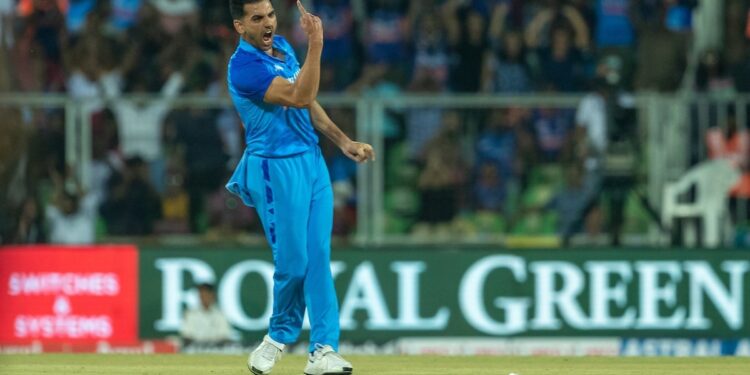 India lost the first ODI of the three match series against New Zealand by 7 wickets at Eden Park, Auckland. The second ODI, a must-win for the Shikhar Dhawan-led side, will take place at Seddon Park, Hamilton on Sunday. Fifties from Shreyas Iyer, Dhawan and Shubman Gill helped India post 306 for 7 in 50 overs in the first ODI. Lockie Ferguson and Tim Southee each claimed three wickets for New Zealand. The Blackcaps successfully chased the target in 47.1 overs, thanks to Tom Latham’s 145 not out and Kane Williamson’s unbeaten 94.

Ahead of the second ODI, will India try to change the playing XI? Will player Deepak Chahar get a chance on the bench? Here’s what we think India’s XI vs New Zealand could be in the second ODI –

Shikhar Dhawan (c): The southpaw played a 72-run knock-off off 77 balls in the first ODI. Dhawan started his innings cautiously before picking up the pace later on.

Shubman Gill: The right-handed hitter was in his groove while batting in the first game. He scored fifty, but failed to capitalize on it.

Shreyas Iyer: The right-handed batsman played a beautiful 80 run off 76 balls. His innings played a big part in taking India to a tally of over 300. He was the side’s top scorer in the match.

Suryakumar Yadav: The star batsman failed to impress in the first ODI, something rarely seen in his short international career. He scored 4 runs off 3 balls in the game.

Rishabh Pant (wk): The left-handed misery continues to haunt him. He was dismissed for a 23-ball 15 in the first ODI.

Sanju Samson: The wicket-keeper batsman scored 36 runs off 38 balls in the first match. His innings was punctuated with 4 fours.

Washington Sundar: The all-rounder scored a valuable 37 not off 16 balls before returning an economy spell of 0 for 42 in 10 overs.

Shardul Thakur/Deepak Chahar: The all-rounder was able to contribute with just one run for India, conceding in bowling at an economy rate of 7 and scalping one wicket. Deepak Chahar is also a wicket taker option and the team management could be tempted to bring him in.

Umran Malik: The right-arm pacer picked two wickets and conceded 66 runs in the first ODI against New Zealand. He and Shardul were the only wicket takers for India in the match.

Arshdeep Singh: The pacer for the left arm was expensive in his 8.1 overs spell. He conceded 68 runs and failed to take a wicket.

Yuzvendra Chahal: The leg spinner was a bit expensive and couldn’t pick a wicket either. He conceded 67 runs in his 10 overs.