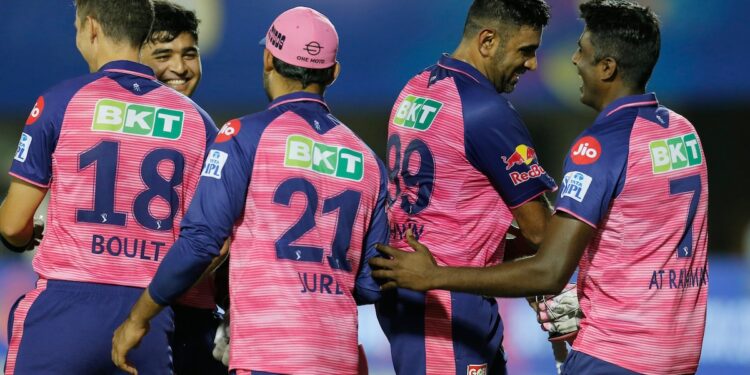 Rajasthan Royals qualified for the IPL 2022 play-offs on Friday after beating Chennai Super Kings by five wickets in Match 68 at Brabourne Stadium in Mumbai. Chasing a goal of 151, RR lost the wicket to Jos Buttler in the second over. However, Yashasvi Jaiswal scored 59 from 44 balls to put RR in a comfortable position. Ravichandran Ashwin went unbeaten on 40 from only 23 balls while RR chased the total with two balls left. Previously, CSK could only manage a total of only 150 for six, despite Moeen Ali’s 57-ball 93.

Gujarat Titans sit at the top of the table with 10 wins and four defeats (20 points). RR and Lucknow Super Giants are second and third respectively, with nine wins each. Both teams have 18 points, but LSG is behind NRR. Royal Challengers Bangalore is fourth with 16 points, followed by Delhi Capitals in fifth (14 points).

Yuzvendra Chahal leads the Purple Cap race with 26 wickets in 14 games. He is followed by Wanindu Hasaranga (24) in second place and Kagiso Rabada (22) in third place. Umran Malik (21) and Kuldeep Yadav (20) are fourth and fifth respectively.