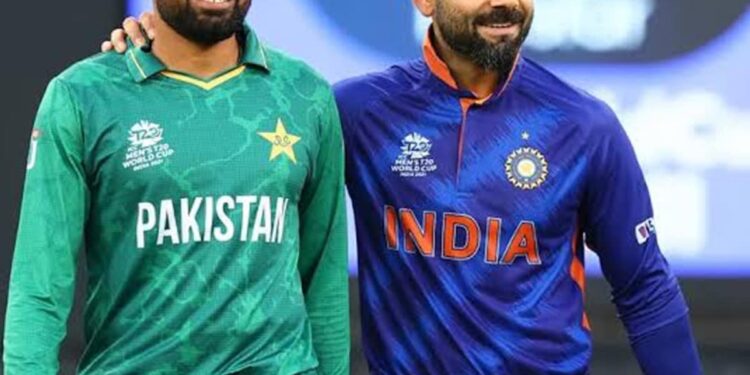 The rise of Babar Azam in Pakistan and world cricket has been quite stable in recent years. He emerged as an exciting talent and after a number of exciting performances with the bat, he quickly became one of the best in the world. He was also then promoted to Pakistani captain. While many former cricketers have argued that in his current form he is arguably the best hitter in the world, others have talked about expanding the ‘Top 4’ of the international batting elite group to a ‘Top 5’ with Babar and people as Virat Kohli, Joe Root, Steve Smith and Kane Williamson.

His form in limited overs cricket is phenomenal and the Pakistani skipper continues to rule the charts in ICC Rankings. In the latest rankings, Babar has maintained his top spot in the T20I batting rankings, breaking a new record set by former Indian captain Virat Kohli as a result. Babar now tops the T20I ranking for maximum period, surpassing Kohli’s record of 1013 days.

After surpassing Kohli, it makes sense that the comparison between the two only gets bigger. So, at a press conference ahead of Pakistan’s two-Test series against Sri Lanka, Babar was asked if he would surpass Kohli’s record. “I have two questions. My first question is… you recently broke Virat Kohli’s record…”. Babar stopped reporting and asked, “Kaun sa (which one)?”

The reporter then replied, “You’ve been #1 in T20Is for the longest time.” Babar replied: “I want to thank God. There is a lot of work going on and that’s why I was able to perform well.”

Babar recently broke another record set by Kohli when he scored over 1,000 runs in ODIs since he took over as the Pakistan captain. He achieved this feat in just 13 innings. Kohli took 17 innings to captain India to score 100 ODI runs.