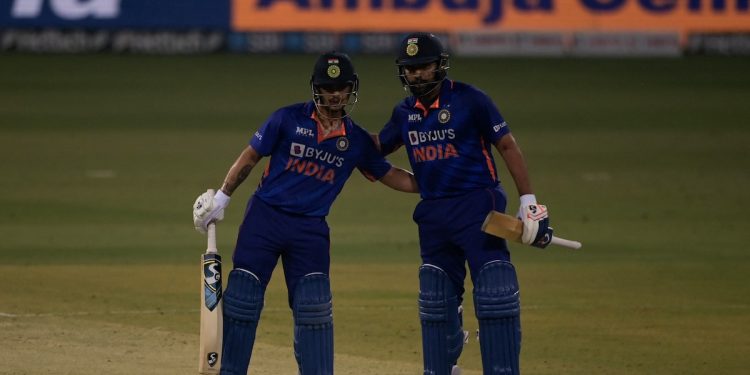 Ishan Kishan is one of the most talented young players in Indian cricket and this is the main reason that the left-handed batter was bought by Mumbai Indians for a whopping Rs 15.25 crore in the mega auction ahead of the IPL 2022 season before the IPL 2022 season. In the ongoing edition of the money-rich league, Kishan and Rohit open the battle for the franchise, and the five-time champions have high hopes for the left-handed batter.

Kishan recently revealed a funny incident, where early in his MI career he was verbally abused by the skipper Rohit of the Mumbai Indians during an IPL game. The left-handed batter revealed how he tried to make the ball old, but he only made it worse in the end.

“You know what I did at Wankhede once. I was new, it was my first season and I knew nothing about it. Now, to make the ball old, you usually throw it on the ground. So there was a lot of dew in the game that day. And I thought if I roll the ball on the field, Rohit Bhai will be happy that I make the ball old,” Kishan said on an episode of “Breakfast With Champions.”

“So, in that dew, I rolled the ball over to him. He grabbed his towel and started cursing at me. Then I looked down and realized what I’d done. Then he said to me, ‘Don’t take it personally on, it’s just match-to-match,” he added.

Continuing to talk about Rohit, Kishan said, “Yes, Rohit Sharma is laid-back. But his brain is always spinning on the ground. When he says a batter will hit in this area, it usually does.”

Kishan also credited Rohit Sharma for the success of Rahul Chahar. The leg spinner now plays for the Punjab Kings, having played for Mumbai Indians in recent seasons.

“I saw it myself with Rahul Chahar, I think after he throws 2-3 dots balls, I feel the batter will go for it. But (Rohit) from behind tells him to let it go even more. Rohit bhai has played a huge part in Rahul’s success,” said Kishan.

“I saw for myself how Rohit Bhai would come off the covers and give him confidence. Rahul would ask him if he should take the fielder behind him. But Rohit would tell him, ‘I have faith in you. be able to do it’ .’ And he would,” he added.

Mumbai Indians have lost both of their matches in the current season and are yet to open their account. The five-time champions will face Kolkata Knight Riders (KKR) next Wednesday.