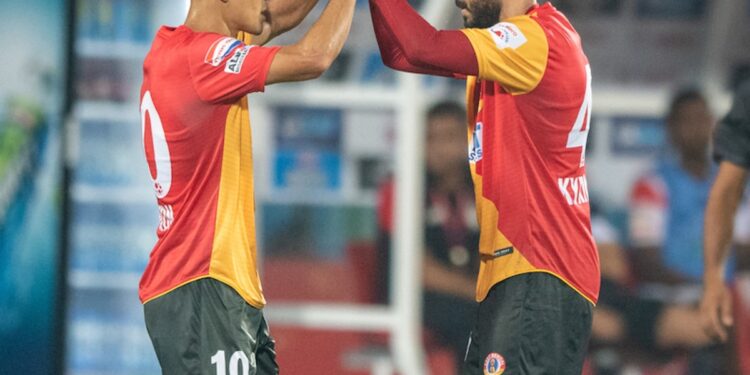 East Bengal will be eyeing their first Kolkata derby win in the Indian Super League when they face arch-rival ATK Mohun Bagan at the Salt Lake Stadium on Saturday. Both East Bengal and Mohun Bagan will get into the derby after a win and that will add some spice to the game. However, there is no doubt that the Mariners will be the favourites, with a 100 percent win over the past two seasons with four wins in four games. They have a six-game winning streak over their rivals.

Earlier this season, a Durand Cup derby took place at the iconic Salt Lake Stadium, the first after the COVID-19 pandemic. In a sloppy game, an own goal from East Bengal gave Mohun Bagan the win.

Nothing separates the two teams on the standings as both have three points, but the Mariners are seventh on goal difference, game in hand.

The Juan Ferrando coached side, which had a huge 5-2 win over Kerala Blasters, would try to seize the momentum.

For East Bengal, it would be more about proving a point as they failed to win their rivals in the ISL.

In fact, they have yet to win a derby since their 2-0 win in the I-League in January 2019 and Stephen Constantine will try to set the record straight.

“The Kolkata Derby is the biggest game in the Indian football calendar. It’s a special game. So we’re very excited to face ATK Mohun Bagan. We expect a very tough game,” he said.

“I’m not interested in one point. I want all three points and I’m pretty sure they are. You don’t go into a derby game without trying to win it.”

“I think it’s important to emphasize that. Everyone wants to win. All players, all staff and all fans of both teams. We will try to win this game, because that’s how you play this game.” The key man for East Bengal would be Dimitri Petratos, who has scored three goals and provided two assists in two appearances, as the Ivan Gonzalez-led East Bengal defense will try to stop its early attack.

East Bengal’s attack will depend heavily on Brazilian Cleiton Silva, who has been their top scorer with two goals to his name.

“I don’t think we played great football in the last game. I thought we did well. We won the game and that’s the most important thing,” said Constantine.

“Tomorrow we will have to play good football for 90 minutes. It is a very different scenario because it is the derby.” 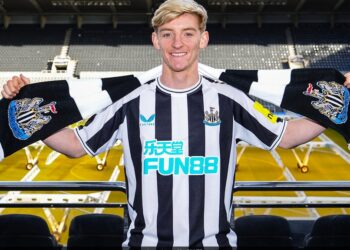