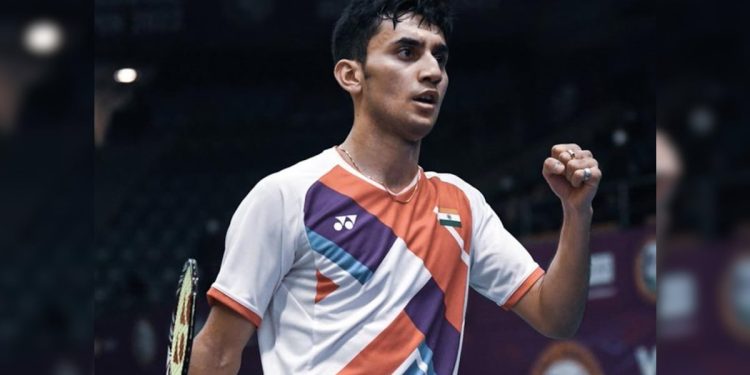 World Championship bronze medalist Lakshya Sen stunned world No. 3, Denmark’s Anders Antonsen, in straight matches to advance to the quarter-finals of men’s singles, but it was the curtains for Olympic medalists PV Sindhu and Saina Nehwal at the All England Championships in Birmingham on Thursday. Sen, the 20-year-old from Almora, who claimed his first Super 500 title at India Open in January and then reached the final of the German Open last week, took an upset 21-16 21-18 win over third-seeded Antonsen.

Antonsen is a two-time medalist at the World Championships in Basel 2019 and Huelva in 2021 respectively. It was their first meeting on the international stage.

Sen will face the Chinese Lu Guang Zu in the quarterfinals.

Saina Nehwal also gave up after her valiant fight ended with a loss to second-seeded Japanese Akane Yamaguchi in a thrilling three-game second round match.

It was a much better performance from the Indian, who lost in straight games to Thailand’s Ratchanok Inthanon at the German Open last week.

Sen showed his tactical acumen amply as he handed out a defensive play and kept Antonsen away from the net to lead 11-9 at the first break. He kept things under control after the break to take a 13-9 lead and maintained the lead to take the opening game.

Keeping his clearance close to the baseline, Sen tried to use his smashes judiciously to jump to a 9-5 lead early on before taking a four point lead at the breather.

Holding his nerves, he unleashed a cross-court smash to take three match points. Antonsen saved one after a thrilling rally, but the Indian closed the door next to it to make it to the last 8.

Sindhu entered the game with a 4-4 head-to-head record and had to catch up as Takahashi led the opening game for the most part, although the Indian kept close behind and had leveled the scores to 11. -1 and 15-15 before going all at once to 19-20.

Thrilled by the turnaround, Sindhu came out blazing from every cylinder, galloping to a massive 14-4 lead, a gap the Japanese were unable to bridge when the Indian bounced back.

In the decider, Sindhu managed to open a slim 8-6 lead, but Takahashi soon turned the tables, then grabbed five straight points to jump to 15-10.

Sindhu tried to clear the deficit and made it 17-18 before the Japanese comfortably sealed the spent.

Sindhu also had a second round exit at the German Open.