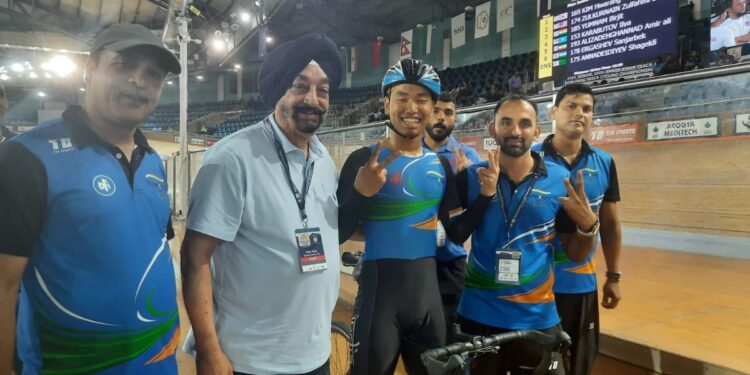 The first Asian championship to take place after the pandemic in the velodrome of the Indira Gandhi Indoor Stadium in Delhi is proving to be a historic championship for India. The Secretary General of the Asian Cycling Federation and the former Secretary General of the Indian Cycling Federation, who is also said to be the person behind the success of the current generation of cyclists, Onkar Singh, told DailyExpertNews that this is an exceptional achievement. for India and the team has left the shadow of controversy. Onkar Singh also emphasizes the aim and ambition of the Indian cycling team for the World Championships, the World Championships and the road to the Olympic Games in Paris.

Ask: There was a lot of controversy before the start of this international event. Did that affect this tournament or your team’s morale?

Onkar Singh: I don’t want to comment on the whole saga anymore. I have already stated our position. We support our girl (athlete). We support committees set up to inquire about the entire episode. I am also the co-chair of the organizing committee for this event. Our athletes have a very nice show here. They will qualify for the World Cup and through to the World Cup. Let’s just focus on that.

Ask: Ok, till today (Monday) India has taken home 20 medals including some senior level medals. As you said, do you agree that they are on their way to qualifying for the Paris Olympics as planned?

Onkar Singh: Certainly. We are a year ahead of our plan. This is a historical display by the Indian athletes. We never won at the highest level before. But you see, our senior boys, girls and juniors have done so well. They have already won 20 medals. They are definitely going to add some more to the cat. I’m happy for them, but I’m not happy with that. I expected more.

Ask: What do you expect from them in two years?

Onkar Singh: Of course there are World Cups, World Championships, Zonal Tournaments, Commonwealth Games and many other tournaments. That is why we send our team to Europe. European cyclists are given multiple opportunities to showcase and hone their talent. In Europe, even our guys like Esow Alben, Ronaldo, David Beckham, James Singh and a few others have started chiseling their skills. It’s a long process. You cannot get immediate results.

Ask: But are you sure there is a foolproof plan?

Onkar Singh: Look, we work hard on it every day. More than 80 percent of officials in the Indian Cycling Federation are former cyclists. Our plan is based on research. We took into account the progress reports from legendary cyclists like Sir Chris Hoy, Jason Kenny and a few others. Our progress is well calculated.

Ask: From catching young to making a champion can’t be that mathematic either. What are the points of attention?

Onkar Singh: We look for talents from players with some basic athletic skills. We are not looking for cyclists. We pick raw talent and nurture them here. We put these raw talents on a ‘Watt’ machine and then calibrate their progress. Our method is starting to yield results. Everything is scientific and we are not just guessing.

Ask: What would you do best at the highest level, such as the Asiad, the CWG and the Olympics?

Onkar Singh: We have great expectations for the Sprint event. In all four Sprint events, namely Keirin, Time Trial, Sprint and Team Sprint, our team is showing amazing progress. Our team of Esow, James, Ronaldo and David Beckham is probably the youngest in the world. They have the ability and hunger to perform well at the highest level. Many players like Birjit Yumnam, Mayuri Lute, Vishwajit Singh, Niraj Kumar, Pooja Dhanole and others have proved their mettle. So we also have a strong bank to rely on.

Ask: So, what’s the roadmap for the Olympics?

Onkar Singh: If things go well according to our plan, we will definitely qualify for the Paris Olympics and in the medal tiers of the 2028 Los Angeles Olympics.