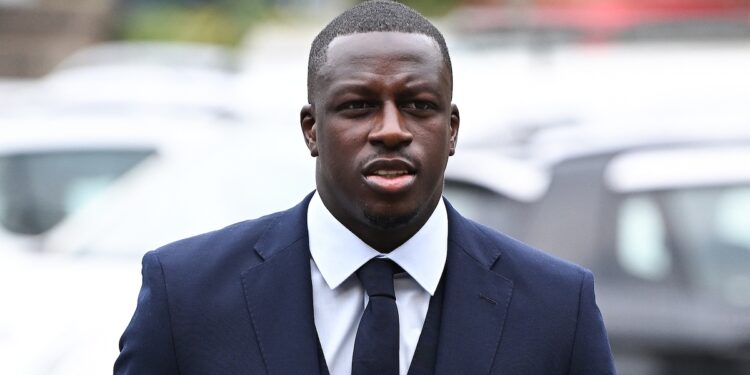 An English court heard on Monday that Benjamin Mendy, the Manchester City and France footballer who was on trial for rape and assault, was a “predator” who brutally pursued vulnerable women. Mendy, 28, is on trial at Chester Crown Court in the north west of England facing eight rape charges, one assault and one attempted rape, involving seven young women. The Premier League star has pleaded not guilty to all charges in a complex trial expected to last 15 weeks. The jury trial started last week and the prosecution began their pleadings on Monday.

Cray claimed that Mendy behaved with “heartless indifference” to women who were “vulnerable, scared, isolated”.

Matturie’s job was to “find young women and create situations where those young women could be raped and sexually abused,” he argued.

The men “made chasing women for sex a game and if women got hurt or upset, it’s a shame,” the lawyer said.

Matturie, 40, has also pleaded not guilty to eight charges of rape and four charges of sexual assault.

None of the women alleged to have been assaulted can be named under English law, which also places restrictions on what can be reported on the case.

Mendy came over from France’s Monaco to Premier League champions City in 2017. He played 75 times for Manchester City, but his playing time was limited by injuries and loss of form.

He was suspended by City after being charged by police in August last year.

The last of Mendy’s 10 caps came in November 2019. The defender won a World Cup winner after playing just 40 minutes into France’s successful 2018 campaign in Russia.

The trial comes as former Manchester United star and Wales manager Ryan Giggs is on trial at Manchester Crown Court on charges of assaulting his former partner by headbutting her and subjecting her to controlling and coercive behaviour.