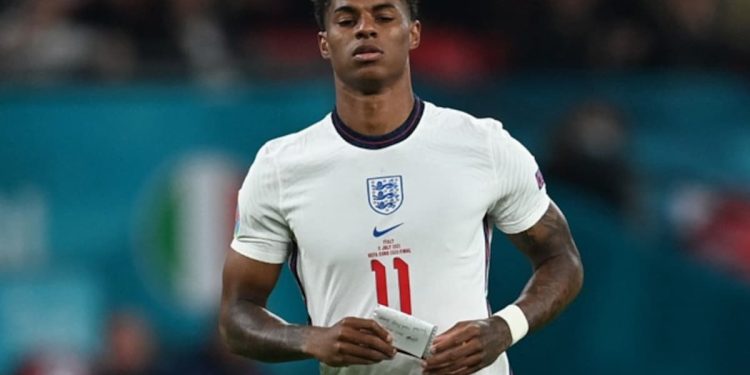 Manchester United forward Marcus Rashford and Jadon Sancho were left out of Gareth Southgate’s England squad on Thursday for friendlies against Switzerland and the Ivory Coast. Southgate also dropped Manchester City defender Kyle Walker from his group of 25 for the games at Wembley on March 26 and 29.

Rashford has struggled with form and fitness at Old Trafford this season, but Sancho started playing at the level that led United to spend £73million ($95million) on the winger last year.

Walker is another surprising omission, with Trent Alexander-Arnold and Reece James, the two right-backs included in the squad, as England begin to build towards the World Cup in Qatar later this year.

Southgate said of Sancho: “There are other attacking players in our squad who we believe are ahead of him. Jadon, his performance has improved in recent weeks, but it’s an area of ​​the field where we have competition for places.

“With Marcus, he’s in the same position as everyone else – whether they’re in the squad or not, they all have to play well in the coming period. It’s a difficult time for him, he’s clearly not at his best.”

“There’s plenty of time. We know about Marcus, we know what he can bring us.”

The England boss, whose team reached the Euro 2020 final last year, said he did not expect Chelsea’s players to be affected by the sanctions imposed on the club’s owner Roman Abramovich, including an asset freeze. Stamford Bridge.

Defender James and midfielder Mason Mount have both been selected for the upcoming matches.

“There are always distractions in a footballer’s life,” said Southgate. “Your role is to focus on what you can control and that’s how you train and prepare.

“Everything else is out of your control. You have to play the best you can.

“They haven’t called me. What happens at Chelsea is none of my business, but football clubs continue. Unless there is gross mismanagement, football clubs survive.”

Ben White is back in the squad after good form at Arsenal and Crystal Palace defender Marc Guehi has been given a first call-up.

Nick Pope returns in place of Sam Johnstone as one of the three goalkeepers, while Declan Rice and James Ward-Prowse also earned recalls.

Injuries ruled out Ben Chilwell and Kalvin Phillips, with Luke Shaw not only being the only Manchester United player in the squad, but also the only recognized left-back.