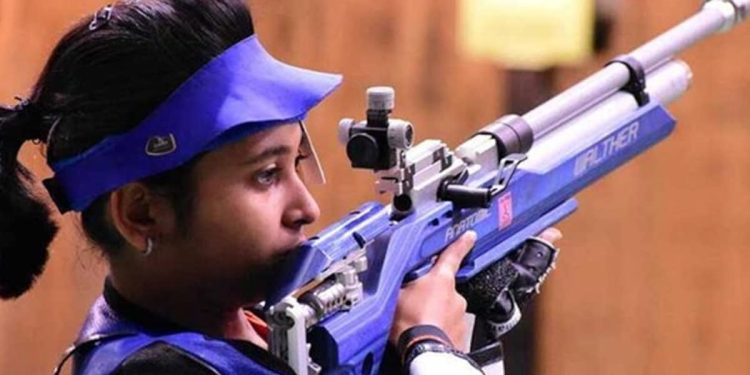 Mehuli Ghosh of West Bengal defeated Karnataka’s Tilottama Sen 17-9 to win gold in the Women’s 10m Air Rifle National T2 Trials in Bhopal on Sunday. Mehuli, a Youth Olympic Games silver medalist, had finished second in the T1 trials on Friday. Tilottama, however, won the junior 10m women’s air rifle T2 trial. She also finished second in the youth T2 competition, for a profitable day with three medals. Mehuli had shot 630.1 on Saturday to qualify sixth for the top eight stage. Gujarat’s Elavenil Valarivan had led the field with 632.1.

Of the two semifinals on Sunday, Mehuli, Tilottama and Elavenil were joined by Haryana’s Ramita in the medal match. Elavenil took bronze with 37 points, while Mehuli (48) and Tilottama reached the title round.

In the junior women’s final, Tilottama collided with Maharashtra’s Arya Rajesh Borse, who had won the T1 junior trials on Friday.

This time, however, Tilottama beat Arya and went on to win 17-5. She once again had to settle for silver in the all-Karnataka youth final, where Yukthi Rajendra gave birth to her 17-9.

More than 3,300 shooters are taking part in the first national trials of the year after being postponed to January due to the COVID-19 pandemic.