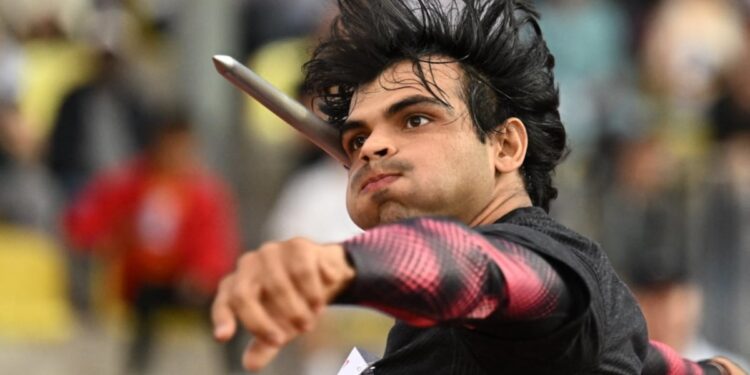 Another historic achievement awaits Olympic javelin champion Neeraj Chopra, as he will start on Thursday as the favorite in the prestigious Diamond League Finals in Zurich. Chopra had made a spectacular comeback from a month-long injury by winning the Lausanne stage of the Diamond League series and qualifying for the two-day finals. He became the first Indian to win a Diamond League meet title. He had missed the Birmingham Commonwealth Games (July 28 to August 8) due to a minor groin injury sustained during his silver-winning performance at the US World Championships in July.

The 24-year-old Indian superstar immediately got into shape on his return as he hurled the javelin to 89.08m in his first attempt to seal victory in style in Lausanne on July 26. It looked like the injury hadn’t happened at all as he produced his third career-best attempt.

The youngster from Khandra village near Panipat in Haryana will be eyeing his first Diamond League Finals title. He had also qualified for the finals in 2017 and 2018, finishing seventh and fourth respectively.

The Diamond League includes 32 Diamond Disciplines, following a championship-style model. Athletes earn points on the 13 Series to qualify for the finals of their respective disciplines.

The winner of each Diamond Discipline at the Finals will be crowned ‘Diamond League Champion’.

The six-man javelin field here will be without Grenada world champion Anderson Peters, who is recovering from injuries after being attacked in a boat in his country last month. Chopra’s biggest rival is Olympic silver medalist Jakub Vadlejch of the Czech Republic, who had also beaten the Indian in Lausanne.

Vadlejch, who has a throw of more than 90 meters this season, set a record of 85.88 meters in Lausanne. He reached the Zurich final with the most points — 27 — while Chopra qualified in fourth place with 15 points. The top six in the Diamond League standings will qualify for the Zurich final.

Since winning gold at the Tokyo Olympics last August, Chopra has battled 31-year-old Vadlejch four times this season and the Indian finished ahead of the Czech on all occasions.

Vadlejch was sixth and fourth when Chopra finished second in Paavo Nurmi Games (June 14) and Stockholm Diamond League (June 30). While Chopra won silver at the World Championships in Eugene, Vadlejch took bronze before the pair clashed again in Lausanne on July 26.

Vadlejch, however, is a more experienced campaigner than Chopra, who has been the Diamond League Final winner twice (2016 and 2017) and has won two World Cup medals — a silver (2017) and a bronze (2022) — and a silver. Tokyo Olympics. He has a season and personal best of 90.88m that he set when he won silver in the Doha stage of the Diamond League in May.

The winner of each Diamond discipline in the final will receive a Diamond Trophy, a prize pool of USD 30,000 and a wildcard to the 2023 World Athletics Championships in Budapest, Hungary.

However, Chopra has already qualified for the World Championships as his winning throw in Lausanne crossed the 85.20m qualifying mark.

For Chopra, discus thrower Vikas Gowda is the only Indian to finish in the top three in a Diamond League Meet. Gowda had been second twice – in New York in 2012 and Doha in 2014 – and third twice – in Shanghai and Eugene in 2015.