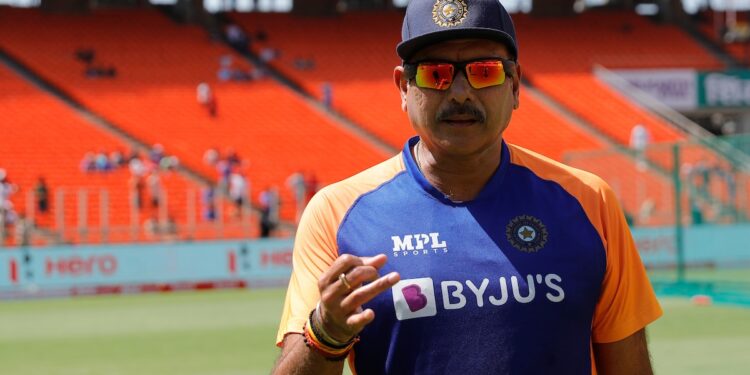 Former Team India coach Ravi Shastri enjoyed a successful tenure with the side as under his reign India managed to win two test series in Australia and they also led the series in England. However, the party failed to quite make it into an ICC tournament. During a rain delay on Day 2 of the on-going rescheduled fifth Test against England in Edgbaston, Birmingham, Shastri spoke in detail about his tenure and how Rahul Dravid is the right man after him to coach the senior side.

“I think it was very rewarding, it can be a thankless job because every day of your life you are judged by only 1.4 billion people. You can’t hide from it, there is nothing to hide behind You face the bullet, achievements are important day in day out. You have to win. The expectations are high, but the way the guys reacted, when I look back on my tenure, those seven years I was there, I’m there proud of having a team that responded in the fashion they did when i took over they weren’t playing the best of cricket as that ranking will show but by the end they were there in all sizes of the game, Shastri told Sky Sports.

“If anything, they didn’t win the World Cup from me in that period, but otherwise some great performances around the world in different countries in red ball cricket and white ball cricket. But nothing beats those two consecutive series of wins in Australia That is the icing on the cake of course when he led the series in England last year The team was proud to play red ball cricket Virat should be complimented for that He led from the front he wanted to play in that fashion, the fast bowlers responded. You could see players evolve in that period, the Jadeja, Rishabh Pant,” he added.

Talking about Rahul Dravid, Shastri said: “No better person to take over than Rahul, I got that job by accident which I told Rahul. I was in the comment box; I was asked to go there and I have did my part But Rahul is a man who has come through the system he has done the hard work he has been the coach of the U-19 team and he has taken over this Indian team and I think he will enjoy it as once the team starts responding.”

In 2019, he was reappointed as the head coach of the Indian senior men’s team and remained in charge until the 2021 ICC T20 World Cup.