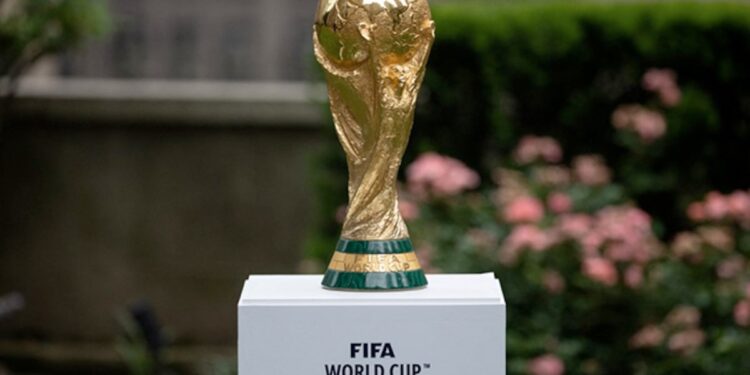 The Pakistani cabinet has approved a draft agreement allowing the government to provide troops for security during the FIFA World Cup to be held in Qatar in November. Pakistan’s Information Minister Mariyum Aurangzeb announced on Monday that the cabinet approved the draft agreement to supply Qatar with troops for the mega event scheduled to take place from November 21 to December 18. The cabinet’s agreement came after the Joint Staff Headquarters (JSHQ) proposed signing the agreement and the State Department, as well as the Directorate General of Inter-Services Intelligence (ISI), have raised no objections, reported the newspaper The Express Tribune.

“The agreement sets out modalities for the deployment of troops for security assistance during the 2022 FIFA World Cup. The agreement aims at the commitment of the two sides, the specific specializations and the number of security personnel to be sent by Pakistan to participate in the security and security operations,” a statement said.

The cabinet’s approval came just before Shehbaz Sharif’s first visit to Qatar as Prime Minister of Pakistan at the invitation of Sheikh Tamim bin Hamad Al Thani, the Emir of Qatar.

During Tuesday’s visit, Shehbaz was said to hold in-depth consultations with the Qatari leadership. The two sides will review the entire spectrum of bilateral relations, with a particular focus on promoting energy-related cooperation, deepening trade and investment ties and exploring greater employment opportunities for Pakistanis in Qatar, the Prime Minister’s Office said.

The Prime Minister will also visit ‘Stadium 974’ in Doha, where he will be briefed on the extensive preparations made by the government of Qatar to host the World Cup.

In July, Turkish Interior Minister Suleyman Soylu said the country will send 3,250 security agents to Qatar for the World Cup, and Ankara had also trained Qatari security personnel for the competition.

Earlier this year, NATO confirmed that it will also ensure security at the event.

“As part of the close cooperation between Qatar and NATO, the North Atlantic Alliance will provide support for the security aspects of the World Cup,” it said in a statement.

“The support includes training against threats posed by chemical, biological, radiological and nuclear (CBRN) materials. It will also include training for the protection of very important people (VIPs) and to counter the threats posed by improvised explosive devices,” it said.