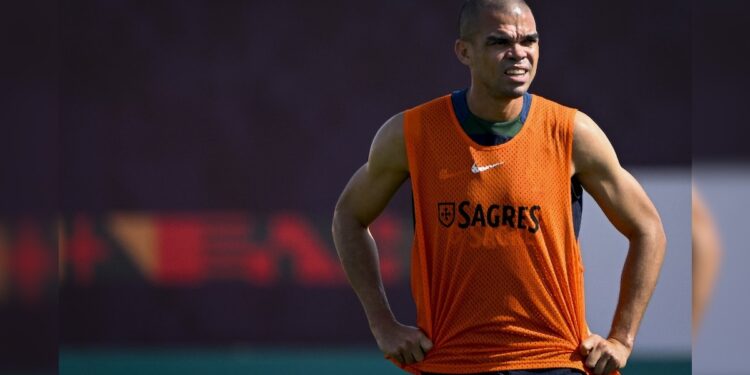 Center back Pepe becomes the second oldest outfield player in World Cup history after being selected to start for Portugal against Uruguay on Tuesday. The 39-year-old replaces the injured Danilo, who mysteriously suffered broken ribs, as one of three changes made by Portuguese coach Fernando Santos. Cameroon’s Roger Milla, at 42, remains the oldest outfield player to play in a 1994 World Cup in the US. However, two goalkeepers can beat that.

Egypt’s Essam El-Hadary was 45 when he played in Russia in 2018, while Colombian shot stopper Faryd Mondragon was 43 in Brazil 2014.

Nuno Mendes gets the nod over Raphael Guerreiro at left-back for Portugal and William Carvalho comes in midfield in place of Otavio.

Edinson Cavani got ahead of fellow Uruguayan icon Luis Suarez in attack as coach Diego Alonso switched his formation from a back-four to a back-three.

Center back Sebastian Coates comes in with winger Facundo Pellistri sinking to the bench, while Guillermo Varela is chosen as right full back in place of veteran Martin Caceres.

Starting positions in the World Cup Group H match between Portugal and Uruguay on Monday at Lusail Stadium in Doha (kick-off 1900 GMT):