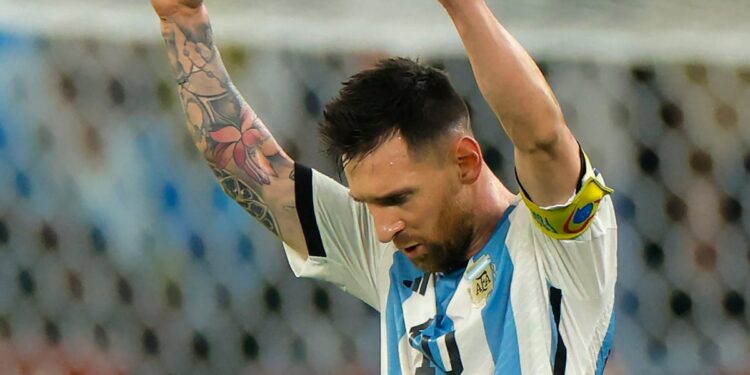 Argentina will meet the Netherlands in the quarterfinals©AFP

With Portugal decimating Switzerland 6-1 in the final round of 16, the line-up for the quarter-finals of the tournament has been decided. Top teams such as Germany and Belgium were already eliminated in the group stage, while in the Round of 16 champions Spain of 2010 fell after defeat to Morocco on penalties. Giants such as France, Brazil, Portugal and England have placed themselves in the last 8 with convincing results. Some exciting matches await in the quarter-finals of the FIFA World Cup, from which only 4 teams will progress to the semi-finals.

The showdown between England and France is arguably the most exciting match in the quarter-finals, while the battle between Argentina and the Netherlands is also expected to be an exciting one.

Portugal’s 6–1 victory over Switzerland was the tournament’s most one-sided Round of 16 result. They will face Morocco, a team that dumped Spain out of the tournament.

Round of 16 results in full: