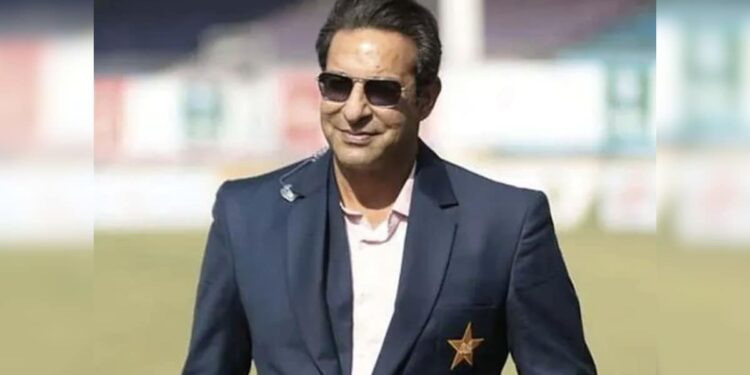 Wasim Akram’s autobiography ‘Sultan: A Memoir’ is a book filled with controversial statements about the Pakistan cricket team during the playing days of the pace legend. Earlier reports revealed that in the book, Akram criticized former captain Saleem Malik saying, “He was negative, selfish and treated me like a servant. He demanded that I massage him, he ordered me to clean his clothes and boots.”

Now Wasim Akram has criticized another former Pakistani skipper Rashid Latif. “The lobbyists were at work. In July 2000, Rashid Latif gave an interview to The Sunday Telegraph in which he claimed to have been offered £15,000 to ensure Pakistan was thrown out for less than £300 in the 1996 Lord’s Test. And who maybe? But did he tell me, his captain, at the time? No. Did he tell his coach or manager? No. Did he tell Qayyum? No. Amazingly, these stories only came out when he wanted attention.” read an excerpt from Akram’s autobiography, according to a report from Cricket Pakistan.

Akram has also referred to former teammate Aamir Sohail as a ‘Zombie figure’. “I was publicly reinstated as captain for the DMC Trophy in Toronto. The call for change was met by a new coach, Wasim Raja, and new selectors: Wasim’s brother Ramiz, Naushad Ali and Abdur Raquib. They remembered, after his tireless lobbying , Aamir Sohail’s zombie figure,” another excerpt from the lecture.

He didn’t spare his old pace bowling partner Waqar Younis either. “Waqar was not in our best XI by that time (2003). He became captain because of Tauqir, and Tauqir was a nuisance. Shoaib, for instance, took it into his head to contact Tauqir directly asking to join him. close. by his own doctor, Tauseef Razzaq,” said an excerpt.