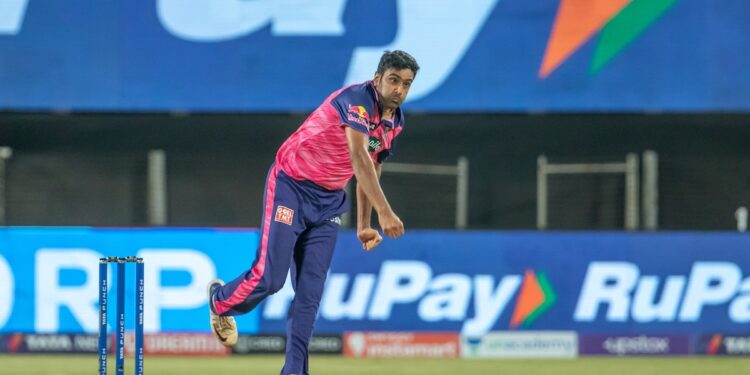 IPL 2022: Ravichandran Ashwin was a key player for Rajasthan Royals this season.© BCCI/IPL

Rajasthan Royals have been betting heavily on their spin attack of Yuzvendra Chahal and Ravichandran Ashwin this season. While Chahal is the leading wicket taker this season in their Qualifier 2 clash against Royal Challengers Bangalore on Friday, Ashwin has proven to be stingy with the ball more often than not. However, former Indian cricketer Sanjay Manjrekar believes the veteran has had a “problem” on pitches that don’t offer many turns, as he tries to bowl too many variations and becomes ineffective as a result.

“Ravichandran Ashwin, he has a bit of a problem on flat tracks because he tries a lot of variations. He bowls less off-spinners on such occasions,” Manjrekar told ESPNcricinfo.

“Wanindu Hasaranga and Chahal, the two leg spinners, I don’t think the field has much influence on their performance. But when there is a turn on the field, then Rajasthan’s two-pronged spin attack from Ashwin and Chahal becomes more dangerous because then Ashwin becomes a dangerous bowler,” he added.

Manjrekar also pointed to death bowling as a weak point for the Sanju Samson-led side.

“Every team has a weakness and Rajasthan’s death bowling Trent Boult is a world class bowler but they have to use him with the new ball because his record isn’t that great in the death overs,” he said.

“They have supported Prasidh Krishna and he has done quite well this season but the last game ended badly for him. Obed McCoy has proved to be a surprise package and they will be confident that he will deliver it,” said Manjrekar.

Rajasthan Royals and RCB will face off on Friday at Narendra Modi Stadium in Ahmedabad, with the winner taking on Gujarat Titans in the final on Sunday.