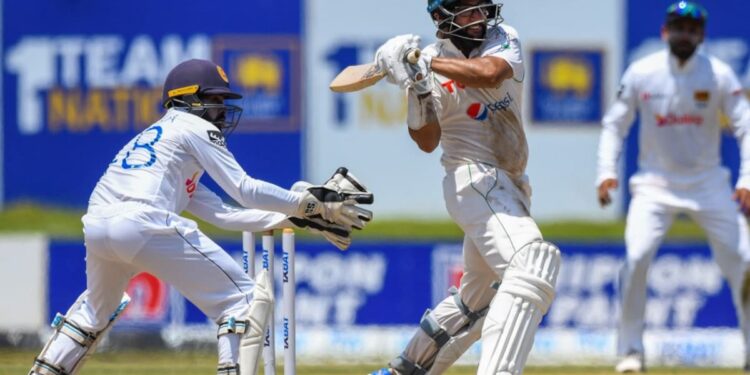 Niroshan Dickwella reminded cricket fans of retired Indian skipper MS Dhoni with his shrewd wicketkeeping skills in Sri Lanka’s first test match against Pakistan at the Galle International Stadium. Dickwella showed great game awareness on Tuesday to help his side get rid of Imam-ul-Haq in the fourth innings of the game. After chasing a 342-run goal, Pakistan got off to a solid start with an 87-run partnership between Imam and Abdullah Shafique before Dickwella’s brilliance behind the stump gave his side its first break in the innings.

On the fourth day of the game, Ramesh Mendis delivered a good length off-spin pitch to lefthanded batter Imam. The ball turned away from the batter and he did not touch it. After collecting the ball behind the stumps, Dickwella waited for the Imam to lift his back foot and then immediately clipped the stirrups to effect the punching.

The stomp brought fans back to 2016 when Dhoni Sabbir had similarly stunned Rahman during India’s T20 World Cup match against Bangladesh.

Speaking of the on-going Sri Lanka vs Pakistan Test in Galle, the guests reached 222 for 3 by the time the umpires called Stumps on Day 4. Babar Azam lost his wicket on his individual score of 55, but Abdullah Shafique kept Pakistan ahead in the game with his undefeated century. The team needed 120 more on Tuesday to win the game.