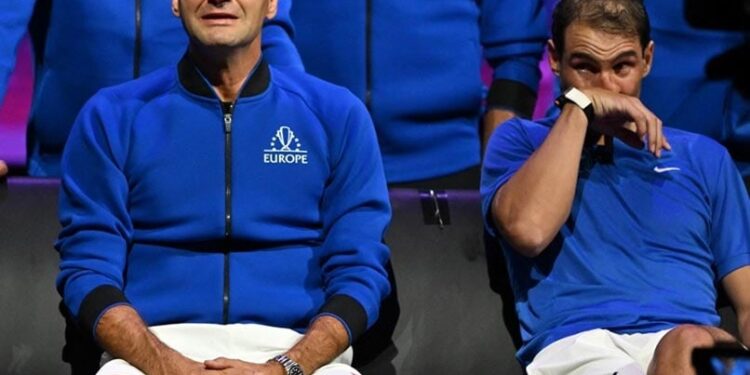 When Roger Federer retired from the game of tennis, there was an outburst of emotion from around the world for one of the best in the game. One of those most distraught over his retirement was his longtime rival and teammate in his last professional match, Rafael Nadal, who was seen alongside Federer after their Laver Cup doubles defeat, with both legends in tears. While the photo evoked emotions in people from all walks of life, English pacesetter Stuart Broad saw the brighter side of it when he poked fun at his longtime bowling partner and friend, James Anderson.

Anderson is 40 but has shown no signs of slowing down or holding back as he continues to garner in Test cricket. He is the leading wicket-taker in the format among pacers, and Broad follows him in the list.

Broad took to Instagram Stories to share the viral image of Federer and Nadal crying, writing “Me, when @jimmya9 retires in 2053…”

Stuart Broad shared this image on his Instagram stories.

In another story, he shared a photo of him with Anderson, edited to make them both look old.

“Who did that?” he captioned a laughing emoji. “Looks like still in 2060,” he added, tagging Anderson again. 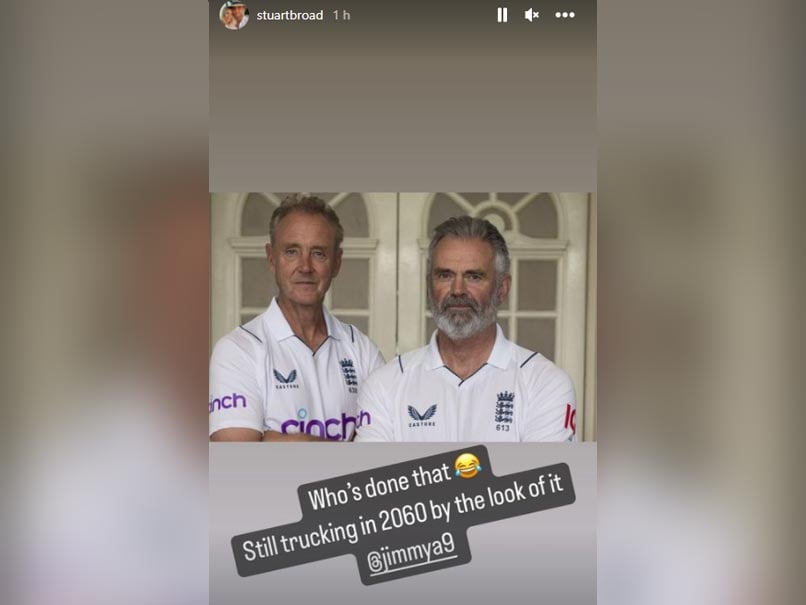 Stuart Broad shared this image on his Instagram stories.

Along with Nadal, Federer’s farewell didn’t quite go as planned, as Team Europe lost the match.

But the result was insignificant, as everyone in attendance celebrated Federer’s storied career.