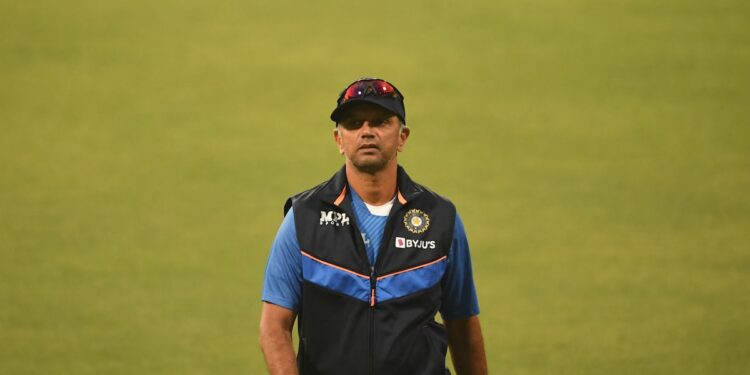 Team India will play their first match of the tournament against arch-rival Pakistan on August 28. It is important to note that Dravid had not traveled to Zimbabwe with the team for the three-game ODI series, which concluded on Monday.

Team India had beaten Zimbabwe 3-0 in the three-game ODI series. The visitors won the third and final ODI on Monday by 13 runs. Shubman Gill played with the bat while hitting a beat of 130, reaching his first international century.

Rohit Sharma will lead the team for the Asian Cup, while former captain Virat Kohli is back in the squad after a break. Premier paceman Jasprit Bumrah has been excluded from the tournament due to an injury.

Three specialist spinners are part of the squad, including Ravichandran Ashwin, Yuzvendra Chahal and Ravi Bishnoi. Hardik Pandya and Ravindra Jadeja are the two all-rounders.

In the absence of Bumrah, the speed attack will be led by the veteran Bhuvneshwar Kumar, with youngsters Avesh Khan and Arshdeep Singh completing the squad.

Death overs specialist Harshal Patel is also out due to injury. Shreyas Iyer, Axar Patel and Deepak Chahar have been named as standby.