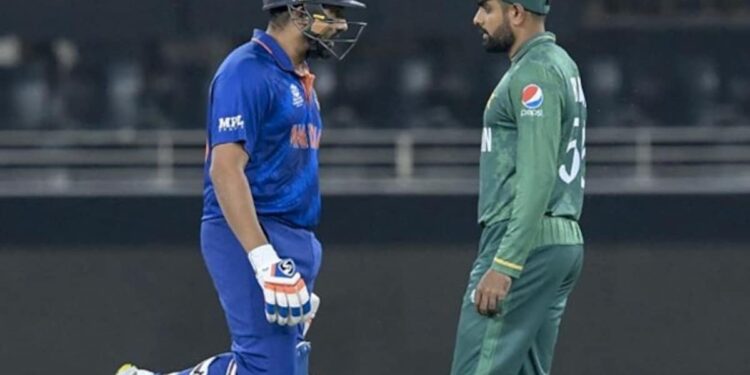 A match between India and Pakistan is one of the most anticipated encounters in cricket. However, the fans do not easily get the chance to witness the battle between the two sides on a cricket ground as the two teams have not played bilateral series since January 2013. In such a case, they are only the multi-team events that give the fans a chance to cheer on their respective teams in the high-quality match. The limited number of head-to-head duels in the past decade has further increased the importance of the confrontation between the two sides.

Amid all that, the pressure on players from both sides is also at its peak when they face their opponents and Pakistani skipper Babar Azam isn’t shy about admitting it.

During an interaction with the media, Babar was asked by a journalist if any pressure was being put on the Pakistani team as it is likely to meet India in three matches in the upcoming 2022 Asia Cup and the Pakistani skipper replied in the affirmative.

“Look, what we’re trying to do is just play it as a normal game. Yes, of course the pressure is different. But like we did in 2021 (T20) World Cup, that’s to focus on our game and believe in the team and ourselves. Also this time we are going to do our best. We have it in our hands, but not the result,” Babar said in a video shared by Pakistan Cricket.

It is worth noting that India and Pakistan will face each other in Dubai on August 28. Meanwhile, as the Super-4 stage will also see all teams play against each other in a round-robin format, India will likely face Pakistan for the second time in the tournament as both teams are likely to make the cut. If both teams qualify for the final, it will be the third time that both India and Pakistan have met.