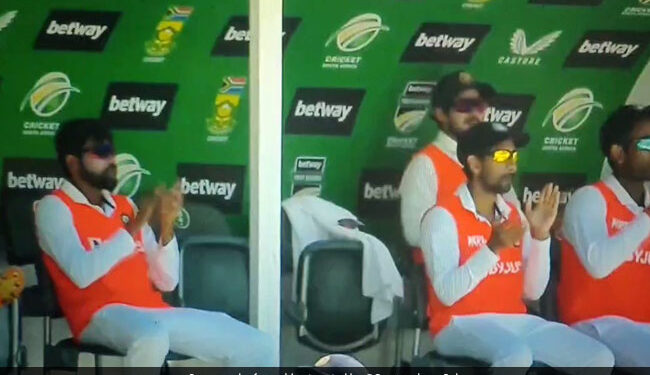 Virat Kohli’s energy, his mannerisms are contagious, but in a good way. Very few manage to rally the troops on the cricket pitch as well as Kohli. Day 2 of the ongoing third test match between India and South Africa at the Newlands in Cape Town was another such example. In the second session on Wednesday, Kohli challenged the Indian outfielders and the dugout to enjoy a unique feast. All Indian outfielders and those in the dugout continued to clap in sync as Jasprit Bumrah came in to bowl in the 57th over of South Africa’s first innings. Kohli was heard to say, “Keep clapping boys.”

The celebrations had similarities to Saurashtra’s synchronized clapping in the Ranji Trophy. Saurashtra captain Jaydev Unadkat also commented on the celebration.

Something looks familiar to me here! ???? https://t.co/zWZPNRiA6a

The sudden burst of energy was the result of the double wicket bowled over by Mohammed Shami a few minutes ago. South Africa fared well with Temba Bavuma and Keegan Petersen showing little sign of nervousness when Shami broke off the partnership. India’s right-arm pacer tossed one around from a stump that had just formed and bounced a little more than Bavuma expected to catch the outside edge of the right-hander’s bat. Kohli took a stunning dive on the second slip.

A few balls later, Shami found the outside edge of South African wicketkeeper batter Kyle Verreynne to give the Indian fielders a second life.

The double strike proved to be a major turning point in the game as Jasprit Bumrah came back to race through the South African lower order, knocking them out for 210 to secure a slim 13-point lead for his side.

India, however, had a hard time in its second innings. After losing early on to opening players Mayank Agarwal and KL Rahul, captain Kohli and Cheteshwar Pujara took them to the stumps on Day 2. But the latter was fired by Marco Jansen in the first over of Day 3. Making matters worse for India was the resignation of veteran Ajinkya Rahane, who again failed to set a significant score. Rahane was fired for 1 after Kagiso Rabada got one to bounce well.

India is looking forward to a historic first-ever Test series win in South Africa. The series is currently at 1-1. The visitors had won the first Test in Centurion by 113 runs before the hosts tied the score with a 7-wicket victory in Johannesburg.