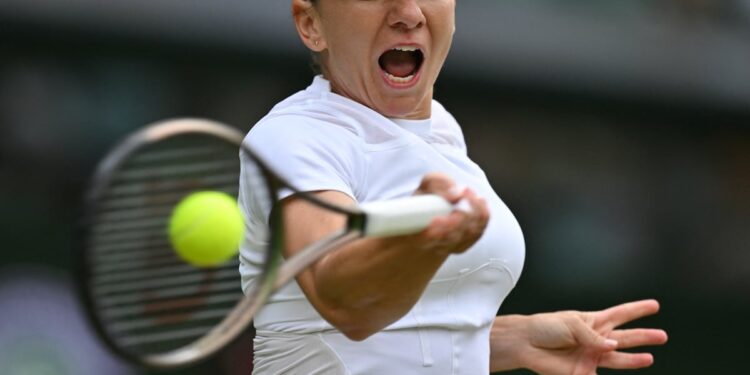 Former champion Simona Halep moved past fourth-seeded Paula Badosa on Monday and reached the Wimbledon quarter-finals for the fifth time on Monday. Halep won 6-1, 6-2 in just an hour as her Spanish opponent’s game fell apart with 21 unforced errors. The Romanian, who became champion in 2019, has yet to drop a set at the tournament.

She was seeded 16th this year and will face Amanda Anisimova from the United States or France’s Harmony Tan for a place in the semifinals.

But Australian Tomljanovic, in 44th place, evened the game and broke into the decision to seal the win four times, setting up a quarter-final against Kazakhstan’s Elena Rybakina.

Harmony Tan’s dream run at Wimbledon – which started with a win against Serena Williams – came to an end on Monday when she lost her last 16 game to Amanda Anisimova 6-2, 6-3. The unseeded French player, who crushed British wildcard Katie Boulter 6-1, 6-1 in the previous round, was no match for the American, who was not broken once. Anisimova took a 5-1 lead in the first set before being briefly held up by Tan, the 115th in the world.

The second set was tighter, but Tan was defeated by the 20th seed, who hit 28 winners.

Anisimova, 20, whose best Grand Slam performance was a run to the semifinals at the 2019 French Open, will take on former Wimbledon champion Simona Halep in the last eight.